..Still nothing for the Nigerian Pikin 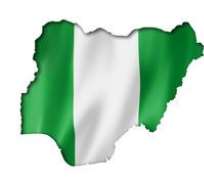 Globally, over half of the world's births are estimated to take place in just eight countries, including Nigeria:

Only children born in three countries today have a lower life expectancy than that of Nigerian children: Central African Republic, Chad and Sierra Leone.

"We can and must do more to ensure that children born in Nigeria survive their first day of life – and are able to survive and thrive for many months and years to come," said Pernille Ironside, UNICEF Nigeria's Acting Representative.

Among these children, most died from preventable causes such as premature birth, complications during delivery, and infections like sepsis and pneumonia, a violation of their basic right to survival.

"In Nigeria today, only one out of every three babies is delivered in a health centre, decreasing a newborn baby's chance of survival," said Pernille Ironside. "This is just one of the issues that need to be addressed in order to improve the chances of survival of those babies born today and every day."

2019 marks the 30th anniversary of the adoption of the Convention on the Rights of the Child, which UNICEF will be commemorating with worldwide events throughout the year. Under the Convention, governments committed to, among other things, taking measures to save every child by providing good quality health care.

Over the past three decades, the world has seen remarkable progress in child survival, cutting the number of children worldwide who die before their fifth birthday by more than half. But there has been slower progress for newborns. The progress made doesn't seem to include Nigeria and here lies the fact

So we are “APCing and PDPing”, swimming in the ocean of hate based politicking with very little of issue guided discourse by any of the candidates. We do not like figures, data and information gives us some form of higa-haga fever. So alongside many African nations Nigeria will in the year 2019 look at six overarching themes with recommendations for tackling the challenges that lie ahead, sadly none deals with how we are preparing for those that manage to escape death at childbirth, a population that will be increasing at an alarming rate.

Despite our speedy foolhardy direction for 2019 baring incidents of terribly unprepared circumstances, there will be opportunities for trade and investment and interest from an increasingly diverse group of external partners. Democracy is consolidating, although the prevalence of tensions and, in some cases, violence during elections will point to areas for improvement. The demographic tidal wave looms closer, and job creation has not yet been able to catch up. Despite continued progress on governance, more efforts are needed to eradicate corruption and to elevate the voice of women and young people in decision-making.

While the nation is brimming with promise and, in many places, peril. Fact is there's need to bolster good governance, and an imperative of inclusion and efficiency.

There will be no economic development if governance doesn't serves the interest of ordinary citizens, advances democratic values, and quashes corruption. The wide age gap between leaders and populations, and the under representation of women and young people underscore the need for inclusivity. In 2019, good governance with these goals in mind offers a path forward. However the nation is ill prepared for her children.

The nation's debt and the need to mobilize resources is on a delicate balance to sustain economic growth. One key risk threatening the nation's outlook is what many fear is a looming debt crisis. To sustain growth, there must be balance between mobilizing financial resources for economic development and controlling indebtedness. Like a lack of a framework to tackle issues regarding her growing young populace, government needs to show that debt management frameworks and strategies work accordingly and strengthen governance around tax revenue collection; the shortfall is that citizenry is not seeing the byproduct of payment of taxes.

While as the year rolls forward, a lot would be said and done about harnessing the country's youth dividend, the fuse and the noise that trailed the not-too-young drama has shown that there's need to first create an environment and secondly look at new approaches for large-scale jobs creation.

The working age population is growing rapidly, with estimations that are scary. While this youth bulge is a potential economic boon, a stagnant industrial sector and the increasing adoption of labor-saving technologies in production present a massive hurdle to overcome before dividends can be realized.

All our noise pre elections very few candidates are talking about fixing our fragility and those who are close to the talk we know won't win, our pikin dem don suffer. Truth is that the role of the private sector and local institutions give economic growth prospects hope, extreme poverty and state fragility prevails in part. In 2019, it is estimated that 70 percent of the world's poor will live in Africa—mostly in Nigeria and the Democratic Republic of Congo. By 2030, 13 African countries will see an increase in extreme poor. Based on these forecasts, poverty will continue to strain government institutions and threaten stability. Climate change will exacerbate the challenge, with disproportionate effects on the Sahel and other unstable areas. Boko Haram, violence and drugs, where do our children feature in the future?

With progress toward ending poverty being frustratingly slow, massive opportunities exist for the private sector in our markets, and if seized wisely, that business promise could help many climb the income ladder toward greater prosperity. The middle class is expanding, with businesses jumping at the chance to meet their consumption needs. Our population is young, fast growing, and increasingly urbanized, with rapid technology adoption making us fertile for innovation. Economic dynamism in many parts can generate business opportunities in infrastructure, housing, health, financial services, and other areas...However we must carry a young population.

So if the Nigerian child does not die at childbirth, if he doesn't end up orphaned by avoidable circumstances, if he is no almajiri, and does not end up in one form of child labor or the other. If that young girl does not have to tackle child marriage or unwanted pregnancy, if Ali, Chukwuma, or Biodun escapes the lure of drugs, there is little in terms of examples being set by the older ones; the child that eventually does break the barrier into youth is faced with the reality that leadership, and governance in this clime has not put him in the scheme of anything, we find pleasure in playing with lead where there is gun powder, for how long—Only time will tell.