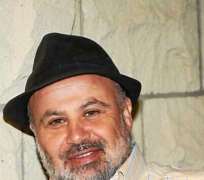 There is no question that the division within our nation is increasing and escalating due to the deep partisan and ideological disagreements. It is good to have values and beliefs- to stand for something. It is great to be passionate about the issues and the causes we believe in and work to make into policy and reality. When politicians argue and there is conflict, it is a sign that work is being done. The parties are doing what they promised to do. But then our system is setup to encourage compromise. The checks and balances ensure that, unless people in government work together, the system would cease to function. There would be gridlock. That's where we are today.

Politics is not a game. The end does not justify the means. After all, politics is about people. It is about helping people. We don't see that today. We see incivility defended and justified. We see government shutdown. Government shutdown hurts the citizens and the government employees. Ponder this: A Federal Reserve Report on the Economic Well-Being of US Households found that 40% of adults can't come up with $400 to pay for an emergency- such as a car breaking down. 40%! Probably many of them are low-level government employees such as TSA employees.

Americans, government employees and taxpayers, are collateral damage of a political game of chicken. This is unconscionable. Americans want a functioning government that gets things done. The challenges the country is facing are not Republican or Democratic challenges. National security is not a partisan or ideological matter. Dialogue is needed and the most important component of this dialogue is civility.

We need national security but we don't need walls. Think of your own home. Do you think a wall can keep you safe? Wouldn't bad actors find a way under the wall or over the wall? Fear tactics are not productive. Would a wall have prevented 9/11? Isn't it a cold reality that most of the undocumented in this country are visa over stayers? That they are people who stay here because they want to work hard to better their lives. Study after study shows that immigrants are more law abiding than the native born. It is a fact.

The country has real problems and real challenges. Providing healthcare and decent retirement to a graying population, clean-water, fighting homelessness, climate change, etc. All these real issues cannot be dealt with by name calling and blame shifting.

It is time for our politicians to realize the immensity of the responsibility they have. Lives hang on the balance. It is time for civility, dialogue and bipartisan cooperation.

Imad Hamad is the executive director of the American Human Rights Council.