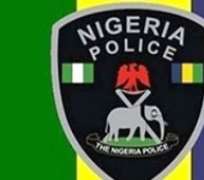 A members of the National Youth Service Corps (NYSC) in Osun State, Odedele Feranmi has been docked for killing a 16-year-old girl, Olasunkanmi Pelumi in Osogbo.

The Police prosecutor, Mr. Oladoye Joshua told the court that the corps member drove recklessly a Honda car with registration number Lagos MUN 187 CU in Osogbo on Friday and hit the girl which resulted to her death.

Odedele's lawyer, Mr. Bola Abimbola-Ige urged the court to grant his client bail with assurance that he would not run away from the trial.

The accused told the court, upon Magistrate inquiry, that he was expected to resume to his PPA on Monday January 7, in Osogbo.

Magistrate Olusegun Ayilara granted him bail in sum of N500,000 with two sureties in like sum. He adjourned the to January 30, 2019.