PMB, Mahmood Yakubu And 2019: Holding Elections At The Jogular 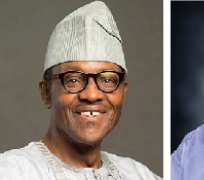 Professor Mahmood Yakubu took over the helms of the Independent National Electoral Commission (INEC) at a time when the establishment was at its zenith; an all-time high in its performance ratings. He took over at a time when Nigerians had begun to believe in the term “electoral transparency”.

Prof. Yakubu took over from a fellow university don who had set himself apart in an institution which throughout its evolution in different democratic dispensations, hardly passed the honesty and transparency litmus test. The Proffessor, Attahiru Jega took over and set the bar in elections conduct.

Jega superintended the 2015 general elections acclaimed to be the most transparent conclusive elections ever. He introduced the famous Card reader technology which revolutionlised the system and also ensured that the elections proper plus collation were transparent and free and fair. He won the hearts of all well-meaning Nigerians.

With this above board revolutionary performance, the replacement at the end of his noble tenure, was welcomed with same high expectations. Prof. Yakubu was watched with keen eyes, followed everywhere by Nigerians who expected a Jega like election process.

His time was not long to come.
Before the “main course” came his “desert”- the Ondo, Ekiti and Osun governorship elections.

Prof. Mahmood Yakubu was put to test when he conducted two governorship elections in Ondo, Ekiti and Osun states. Nigerians watched and they rated against the standard already preceding him. The two elections were rife with cries of manipulations, outright ballot snatching, total disregard of extant electoral laws and militarization amidst vote buying. The climax being the famous cliché of inconclusive election.

Nigerians began to see just another lackey of the sitting government put to hoodwink and manipulate elections in favour of a dictatorial president. They lamented, they wailed, they cried but still hoped that things will get better with their criticism.

Just when all these were trying to die down, the President still showed he was determined to leash the electoral umpire in order to achieve whatever clandestine motive when Penultimate week, the appointment of Hajiya Amina Zakari as the national collation officer for the Presidential election.

The media went abuzz with condemnation of the appointment being that the said Hajiya Amina Zakari is touted to be a relative of the President. Initially the claim was that she is a blood relative of the president however the Presidency has debunked the claim that she is a blood relative, however stating that Hajiya Zakari is only married into the family- still family.

Even with the public outcry for the removal of Hajiya Zakari neither INEC nor her pay master, the President is shaken in its resolve to compromise its transparency come February. It has remained resolute in retaining a compromised umpire.

As if this is not enough the Director of Publicity and Voter Education, Oluwole Osaze-Uzzi, also opened a new vista of worry which should be a thing of concern for every meaningful Nigerian. He declared on Channels Television Breakfast Show that the Commission had finalized preparations to set up Voting Points (VPs) in the Internally Displaced Persons (IDPs) camp in Abuja but cannot replicate same in other IDP camps round the nation.

It is common knowledge that the nation is in serious security quagmire with IDPs scattered around the nation. The President has severally been accused of complicity in the matter with his manner of handling crisis especially the Fulani herdsmen attacks on farming communities around the nation especially, the North Central region and major parts of the North West.

Benue, Plateau, Kogi, Nassarawa, Taraba, Adamawa have been totally ravaged by these blood sucking demons who have been christened helpless neighbours by the President and sometimes called foreigners. 45% of the populace in this regions have become permanent residents of IDP camps. Of the population in these camps, 98% are eligible voters, however the electoral body has refused to recognize these bonafide Nigerians and may summarily disenfranchise them.

It is also an open secret that in these states, it is certain that President Muhammadu Buhari has lost favour with the electorates and thus not a few people have been taken by surprise by his lap dog’s (INEC) decision to disenfranchise these voters by refusing to replicate a gesture extended to the Abuja IDPs whose number fall below these in any way.

Until the Presidency decides to actually show proven transparency in the electoral process it will only be the same ostrich hiding technique and Nigerians will always figure him out as the dictator that he has always been, while INEC remains the puppet waiting on its puppet master.