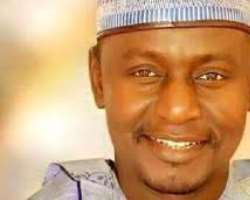 The committee held an extra-ordinary session on Jan. 5, where it critically reviewed the petition against the deputy national chairman (North).

“The NWC found merit in the petition on allegation of dereliction of duty and anti-party activity as contained in Section 58 (1) e, f, g, h of the PDP Constitution.

“Therefore, in exercise of section 29 (2) a, b and c, the NWC hereby invokes Section 59 (1) d of the constitution of the PDP on the Deputy National Chairman (North) and accordingly suspends him from the party immediately.”

The PDP has been buffeted by a wave of desertions by members in both the North West and North East of the party.

On Monday, President Muhammadu Buhari formally received various members of the Peoples Democratic Party(PDP) Support Groups from the North East, who defected to the ruling All Progressives Congress (APC).