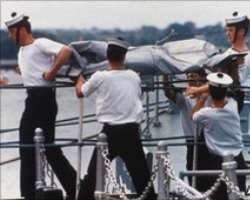 By Ian Gunn
A Canadian commission of inquiry is expected to release a report on Thursday into the bombing of Air India flight 182 in 1985.

The flight – travelling from Canada to India – crashed into the Atlantic killing all 329 people on board.

Canadian police say it was bombed by Sikh militants fighting for an independent homeland in India.

Two Canadian men were eventually tried in the case 20 years after the event, but were found not guilty.

'Mass murder'
Now the commission is expected to recommend ways the country can be better prepared to fight terrorism and prosecute complex cases.

The prime minister has called it the worst mass murder in Canadian history.

Before four planes targeted the US in September 2001, the Air India bombing was the world's worst aviation-based attack.

But where the US attacks prompted action on airline safety and terrorist threats, Canada in the mid-1980s seemed to do comparatively little.

It took 20 years for two of the alleged bombers to be tried in court. And after the two-year trial, they were acquitted in 2005 on all counts because of a lack of evidence.

In the public outcry that followed, the Canadian government finally agreed to an official inquiry that families of the victims had been demanding for two decades.

The commission has been hearing earnest evidence on whether Canada could do more to protect against terrorism and better prosecute related cases.

It was also charged with finally hearing the views of the families of victims. But notably it was not asked to dig out more evidence on who committed the bombing.

And so now the man in charge – retired Supreme Court judge John Major – is expected to produce a report of more than 3,000 pages, addressing what Canada should have done differently and could yet do now to better protect its citizens, 25 years after Air India flight 182 plunged into the Atlantic.