Tamara and I had more than 10 sex tapes, Pastor Omatsola claims 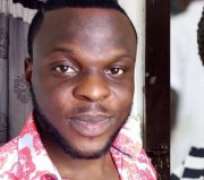 Lekki pastor, Apostle Chris Omatsola, who was in a viral sex video last year with Princess Tamaratokoni Okpewho, has revealed that there are more sex videos, than the one posted online.

The PUNCH reports that the pastor in a lengthy post on his blog, Zionweath News, Omatsola revealed that he and Okpewho had more than 10 sex videos on their phones, as she enjoyed filming their intimate moments.

According to the newspaper, the pastor  said, “Princess and I had more than 10 sex tapes of ourselves on our phones as she enjoyed filming sex.

“Honestly, the sex-tapes were recorded sometimes in October 2017. She was holding the camera in some and I held the camera in others. We were both aware but we never knew it would go viral.”

The first pastor, for the first time provided the background under which the two estranged lovebirds met and  their relationship blossomed.

He said, “I met Princess Tamaratokoni Okpewho aka Toks David in September 2017, just before the Lekki Toll Gate after Quilox nightclub around 4:40am. I was returning from a vigil in Adetokunbo Ademola, Victoria Island, that fateful day. She flagged down my car on the lonely road. She appeared drunk. Because it was dark and I thought it could be dangerous, I stopped and picked her.

“When we got to my house that night, she slept on the couch in the sitting room, while I slept in the bedroom.”

Speaking about when their relationship soured, he said, “I had deleted all our sex videos on my phone and she was aware and insisted she deletes hers.”

Last November, Omatsola, and his former lover, Tamaratokoni Okpe, had clashed over their sex video that leaked on the internet.

While Okpewho accused Omatsola of releasing the video to force her into marriage with him, the cleric told PUNCH Metro that the video was leaked to blackmail him.