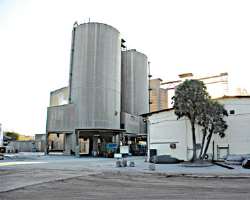 The market value of the Cement Company of Northern Nigeria (CCNN) having gained 110 per cent at the close of trading on December 31, 2018 increased to N254,983,918,740.40 billion shortly after the merger with BUA Group’s Kalambaina Cement Company Limited was approved by the regulators and 13.1bn shares of expanded were listed on the NSE.

With this current market value, the CCNN has been lifted to the 12th most capitalised company at the stock market.

The new CCNN now has a 2million metric tonne per year combined capacity and will leverage on the energy efficiency of the kalambaina plant which uses alternative fuel, such as coal, heavy oils and gas, and it is expected to help solve the power problem with limited downtime and further opportunities for growth and expansion.