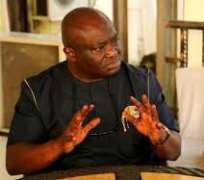 The Indigenous People of Biafra, IPOB, has said it is certain incumbent governor of Abia state, Okezie Ikpeazu would be rejected in his bid to secure a second term in this year’s general elections.

IPOB leader, Mazi Nnamdi Kanu, stated this on Tuesday in a New Year message from Israel which was broadcast worldwide on Radio Biafra.

He said Governor Ikpeazu’s rejection by members of IPOB was sequel to his alleged role in the initiation of ‘Operation Python Dance’ that led to the killing of hundreds of pro-Biafra agitators in the Southeast.

While labelling anybody associating with Governor Ikpeazu as an enemy of the people, Kanu maintained that no amount of state sponsored rigging through the Independent National Electoral Commission, INEC, will save him from the ignominy that awaits him on March 2, this year.

His words: “If there is something we are certain of in 2019, it is the fact that voting will be boycotted starting with the presidential elections.

“Okezie Ikpeazu will be removed from office as the governor of Abia State for the role he played in initiating Operation Python Dance that killed hundreds of our men.

“This same Okezie Ikpeazu is responsible for the illegal detention without trial of Biafran Jews. A crime for which he will never be forgiven.

“The order to tear down every poster and disrupt every rally organized by Okezie Ikpeazu still stand and IPOB is under instruction to ensure that he is comprehensively disgraced at the polls.”