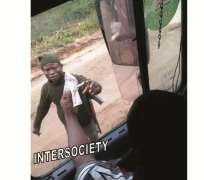 (Chima Ubani Center: Onitsha Nigeria, 25th December 2018)-Following the release yesterday, Monday, 24th December 2018 of Intersociety’s sub-report: Welcome to Southeast Region-Nigeria’s Headquarters of Official Highway Robbery, the personnel of the Nigeria Police Force and the Nigerian Military particularly those mounted or stationed at police and military roadblocks in the Region have taken a flight and temporarily dismantled most of their roadblocks.

These happened hours after the release of the sub-report and its reportorial publication and sharing by several online media and social media platforms. Intersociety had in the sub-report, catalogued the number, details, patterns and trends of police, military and paramilitary roadblocks on Southeast Roads and others linking the Region with the rest of the country.

Among friendly media houses that published the sub-report yesterday is the Premium Times Online which also reached out to the authorities of the Nigerian Army, NPF, FRSC, etc for reaction. Other friendly media that followed up or ran the sub-report yesterday are the Nigerian Voice, the News Express, the Elombah Reports, the Chidiopara Reports and the Odogwu Reports, to mention but few. The sub-report also went viral on social media and was widely shared and read with its attached graphically described photos.

Intersociety also found that whopping N100.02b was raked in or criminally pocketed from such roadblocks in the past 40 months or between August 2015 and December 2018; involving police-N78b, Military-N6b, Custom Service-N11.52b and FRSC, NDLEA, NAFDAC and NSCDC-N4.5b, totaling N100.02b. The criminal sums were generated and pocketed from roadblock bribery and other securitization corruption practices. The sub-report was attached with 16 evidential photos and two video clips.

But, yesterday, hours after the release and publication of the sub-region, most of the military and police personnel at the roadblocks took a flight and temporarily dismantled physical structures mounted at the middle of major Federal and inter State Roads across the Southeast. Those with checkpoint kiosks erected by the roadsides retired off the roads while the personnel of the FRSC pretentiously reverted to clearing and decongestion of the roads. In spite of all these, some chronically corrupt police personnel especially those stationed in intra and intercity roads/streets were still busy collecting bribes from commercial motorists and other use roads.

Apart from several joyous calls put across to a number of friendly media houses including the Premium Times and the Nigerian Voice by some concerned Nigerians including those living around Enugu-Kogi boundary, Intersociety also received barrage of text messages, mails and calls from concerned others expressing happiness and giving updates on hurried abandonment or temporary dismantling of police and military roadblocks in their areas.

One of the earliest text messages received yesterday at 3:10pm from an Aba Comrade read thus: “My brother, there is serious brouhaha between Aba and Port Harcourt Road based on the report and the pictures following it. Aba (police and military in Aba) is busy dismantling their checkpoints (roadblocks). I have just arrived Port Harcourt and all the military and police checkpoints (roadblocks) on the Road are gone. Wow!!”

The Aba Comrade later called in the evening and gave more details of what fully transpired. This morning, 25th December 2018, we got another call from another Aba Comrade, saying he just returned from a trip to Ogoja in Cross River State and that while the military roadblocks along Cross River end of the Ogoja-Abakiliki Road remained, most of the police roadblocks and a number of others manned military personnel, between Cross River State and Ebonyi State boundary and from Ebonyi State to Abia State have temporarily given way.

In Anambra State, an Onitsha based businessman who is in the know of the sub-report called Intersociety this morning to report the dismantling of most of the police roadblocks especially between Onitsha and Oji River in Enugu State. The businessman who was traveling to his hometown in Enugu State for Xmas also reported that the Amansea Army roadblock in Awka has given way and that they did not encounter any single police roadblock on the road. The Amansea Army Roadblock, located along Onitsha-Awka-Enugu Old Road, is notorious for causing road hardship and terrible traffic jams stretching up to two kilometers long.

While these reports sound encouraging and are deeply appreciated by Intersociety, but they are likely to be a fire brigade approach or a sort of damage control resorted to be the accused security authorities following the sub-report and the public outcries so generated. In as much as the reports have expressly vindicated Intersociety and its sub-report, but they practically translate to a call for more action. Evil, they say, triumphs and thrive because people of good conscience refused to say or do the opposite!

Therefore, it is not yet uhuru or time for celebration. Possibility of repeat offense or returned criminality in the instant case is still very predictably high. Those who think that AK-47 rifle and its wielding is the mightiest must be tutored to know that mental thoughts or ideas are the mightiest, not gun-culture or threats of same. The People of the Southeast must therefore remain extremely vigilant and join hands in liberating the Region from the shackles and manacles of the uniform brigands masquerading as “officers and personnel of the Nigerian Armed Forces and the Police in Southeast Nigeria”.

Citizens should make maximum use of their ICT appliances and brains in the instant case. These must be fully deployed and applied in this Xmas and New Year holiday and beyond to checkmate all forms of military, police and paramilitary roadblock and checkpoint extortions and abuses. Credible finding so generated can be sent to any notable rights group or Intersociety via [email protected] for further or follow-up steps.

Signed
For: Int’l Society for Civil Liberties & the Rule of Law-INTERSOCIETY