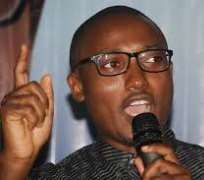 Comrade Esanubi stated this in a press statement signed by the director of media and publicity of Frank Ufuoma Esanubi Campaign Organization (FUECO), Mr. Monday Ojomah, and made available to newsmen in Asaba.

While appreciating the Delta state council of the Nigerian Union of Journalists for putting together the debate, and for extending invitation to him, he noted the significance of the platform in providing an avenue for those vying for the exalted position to articulate their programmes to the people of the state.

The foremost trade union activist called on other contestants to make themselves available for the proposed debate, and allow Deltans to compare and contrast their respective programmes, and make informed decisions.