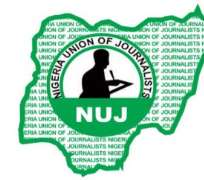 Plans have been concluded by the leadership of the Nigeria Union of Journalists (NUJ), Delta State Council, to engage gubernatorial candidates in the state in the various political parties in a live ‘Media Debate’, ahead of the 2019 governorship contest.

A statement issued in Asaba, Sunday signed by the Chairman of the State Council of the NUJ, Comrade Michael Ikeogwu, and obtained by The Nigerian Voice indicated that the debate would be beamed live on the African Independent Television (AIT) and some other Media outfits in the country.

The aim is to avail Deltans both at home and in the diaspora, the opportunity to make informed decision on the candidate to vote as it would also afford all the candidates of the political parties the window to showcase their policies and programmes in line with global practices.

According to the statement, “The debate will hold at a date and time that would be announced soon, and we promise in line with our constitutional role as watchdogs of the society and agenda setters to be unbiased, transparent, just and fair to all.

Let it also be noted that all the candidates will be given equal time and opportunity to drive home their points as will be spelt out by the guideline that will soon be released for the debate".

The statement equally urged all gubernatorial candidates of the various Parties in the State to key into the plan towards showcasing their suitability for the exalted post of Governor of the State.

It stated further that the programme was completely the arrangement of the NUJ in the State, in collaboration with the AIT and some select media organizations.

Ikeogwu, however, added that NUJ Delta State is open to partnership with individuals, civil societies with bias in transparent, credible, fair and purposeful election and corporate organizations interested in entrenching true democracy in Nigeria.