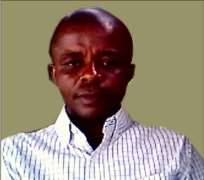 The first opinion that is formed of a leader’s intelligence says Niccolo Machiavelli is based on the quality of men he has around him. When they are competent and loyal he can always be considered wise, because he has been able to recognize their competence and to keep them loyal. But when they are otherwise, the ruler is always open to adverse criticism; because his first mistake has been in the choice of his ministers.

like most ideological debates, we cannot believe more than this statement remains as true as it was then; particularly as the nation recently witnessed how Mr. President despite his ‘virtues and attributes’ was booed and jeered at during the presentation of the 2019 budget before the members of the National Assembly.

While the writer sympathizes with Mr. President on who’s shoulder presses the weight of this awkward occurrence, it hardly needs to be said that it is not only our patriotic duty to condemn the actions of the lawmakers, it is both our moral and civic responsibility to do so- and we must rise to that responsibility.

However, nobody can deny that this avoidable accident may not have occurred in the first instance if Mr. President and his men had proactively explored the facets of hidden politics(within the house) that revolves around strategy and tactics, leadership andpower as well as presented a budget/speech that is symmetrical in content and free of incongruities/innuendos.

The reasons for the above position in the writer’s opinion are barefaced and come in double fold.

First, apart from the fact that this author in a recent article titled; Nigerian Democracy And The Fading Light of Integrity, advisedthe government that the current instinct in the country reveals that; jeers pervades the nation’s political sphere while fears has displaced reason -resulting in an entirely separate set of consequences - irrational hatred and division, well-meaning Nigerians had also in different times and places emphasized on the urgent need to arrest the roller-coaster relationship between the Executive and National Assembly to no avail.

Also, considering the season we are (electioneering period), in addition to Mr. President’s refusal to sign the Electoral Act 2018 as passed by the house for four straight times, which of course has created an underlying suspicion/acrimony between the executives and the lawmakers, wisdom borne from experience ought to have revealed to Mr. President and his handlers that a visit to that same assembly dominated by men/women who play politics all the way will not be stormy-free- having such fore-knowledge may have assisted in curbing the crisis.

This said, one thing we must not get twisted is that this human relations challenge call for urgent concern as what we are experiencing, without doubt, is not the first half of the reoccurring circle but the beginning of something new.

And if nothing is done to arrest the situation, when the conflict subsides, and the national political space recovers, chances are that we may as a nation forget the lessons we ought to draw particularly in this time of change and uncertainty; thereby setting a stage for another round of a similar occurrence in the nearest future.

From observation, it is not as if the present administration is not making effort to move the nation forward, however, going by the records as presented to the house, one will again find out that what set the table for treatment given to the President lies chiefly on the visible gaps that the lawmakers effortlessly discovered.

As an illustration, Mr. President among other things stated that the 2019 budget proposal which was put at 8.83trillion Naira and tagged budget of continuity is ‘intended to further place the economy on the part of inclusive, diversified and sustainable growth as well as aimed at lifting the citizens out of poverty’

This statement coming from Mr. President, I believe was shocking to the lawmakers as well as the generality of Nigerians because as we know, the nation’s economy as it currently stands is neither on the part of growth nor have real consideration for reconnecting the poor to an appreciable living standard.

Interpretatively, telling the house that the FG intends to further place/sustain an economy that currently lacks any appreciable record of growth was an unpalatable message they(lawmakers) could not comprehend but analyze as vague, ungraspable but an assault on reason.

Undoubtedly, to the lawmaker, it must be a bracing and tempting period listening to Mr. President State that; pulling out an appreciable number of Nigerians out of poverty is one of the budgets major pillars.

Yet, this same budget, like that of the previous ones marginalized the key development/growth drivers as well as failed to comply with the international community’s recommended benchmark for education and health sectors.

This state of affairs considered not just antithetical to the expectation of Nigerians, coupled with glowing contradictions/vibes about petroleum subsidy regime management which raised its ugly head in the budget in my views is enough reason for the lawmakers to lose the fear of punishment and yield to the power of agitation/protest.

Viewed differently, even as we condemn the action, it will not in any appreciable way erase the fact that development is stimulated when people ask why or how? The FG must, therefore, look beyond the ugly occurrence and draw a valid lesson from the situation.

Such lessons in the writer’s view may include but not limited to the government learning how to creatively reveal their weaknesses to the masses. Such step if taken will not only offer the government sympathy/protection but further portrays itself before the citizens as a body that is ‘genuine and approachable-human and humane’.

Conversely, as the nation approaches the February 2019 general election, the masses must develop

moral elasticity to elect into various offices Nigerians that can demonstrate a passion for their purpose, practice their values consistently, lead with their hearts as well as their heads’ and above all, those that Nigerians can trust.