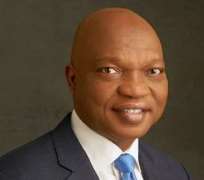 The Shell Petroleum Development Company of Nigeria Limited (SPDC) on Sunday  announced the Final Investment Decision (FID) on the Assa North Gas Development Project in Imo State, which the supermajor has described as a game changer.

The Managing Director of SPDC and Country Chair, Shell Companies in Nigeria, Mr. Osagie Okunbor, described the project,  regarded as a  major momentum to the domestic gas aspiration of the Federal Government for increased power generation and industrialisation, as a “good news for the SPDC JV and Nigeria as we look to grow the domestic market and optimise our onshore footprints.”.

At peak production, the project is expected to produce 300 million standard cubic feet of gas per day and will be treated at SPDC JV's Gas Processing Facility and distributed through the Obiafu-Obrikom-Oben pipeline network.

Okunbor said, “The project is key to driving the Federal Government of Nigeria's ambition of marching away from a mono-economy through diverse industrial growth. It is premier amongst the Seven Critical Gas Projects initiative led by the Ministry of Petroleum and the Nigerian National Petroleum Corporation (NNPC). Their integrated focus, support and drive were instrumental to this investment decision.”

Okunbor added that the SPDC JV would continue to explore other areas of support for the expansion of domestic gas supply and continue to make investments under the right conditions.

SPDC's Director and General Manager Projects, Mr. Toyin Olagunju, said the Assa North project would be a significant contribution to GDP growth in Imo State and across Nigeria as the gas produced will be utilised in-country across diverse industries, while providing economic opportunities for local communities.

Just three weeks ago, the SPDC JV signed a gas supply and aggregation agreement with Geometric Power Aba Limited (GPAL) for the supply of about 43million standard cubic feet of gas per day to support the 140MW Aba Integrated Power plant at Ossisioma in Abia State.

By the agreement, SPDC will supply gas from the SPDC joint venture gas plant in Imo River traversing Abia and Rivers States to the power producer, GPAL, via a gas pipeline network which is already installed.