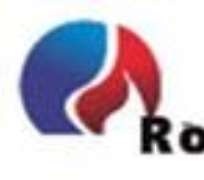 Newly elected president of the Movement for the Survival of the Ogoni People (MOSOP), Fegalo Nsuke has said that Robo Michael Limited will not be allowed in Ogoniland for the purpose of oil production.

Nsuke made this known yesterday in Yeghe, Gokana local government area, when he received a delegation from Eleme led by the newly elected Deputy President of MOSOP, Comrade Bartholomew Oluji.

oil will never be available for Robo Michael Limited.

a place in Ogoni as the people will continue to stand on the side of truth to ensure that the sacrifices of our fallen heroes do not go in vain and the rights of the Ogoni people are fully protected.