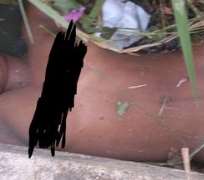 An unidentified 35-year old woman has been allegedly raped and murdered by two men in a hotel in Onitsha, Anambra State.

The suspects, Okoronji Emeka, 24, and Umezinwa, 24, were said to have lured the deceased to the hotel where the acts were committed.

But staff of the hotel in a bid to protect the integrity of their hotel, allegedly removed the body from the hotel and dumped it at a roundabout in the city.

Police Public Relations Officer, Anambra command, Haruna Mohammed, said the body of the deceased was later found at a roundabout in the commercial city.

Mohammed said five persons have been arrested in connection with the incident.

“Suspects had on the 5/12/2018 lured one Gold Gift ‘F’ aged 35 years into a hotel and killed her after having unlawful carnal knowledge with the victim.

“Meanwhile, preliminary investigation further revealed that the victim was later taken by the hotel staff and dumped at BSMG roundabout Onitsha without informing the Police.

He said the case was being investigated after which suspects would be charged to court for prosecution.