There will be no peace in APC: Communications Minister Adebayo Shittu 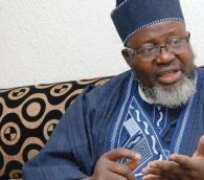 The minister of Communications, Barrister Adebayo Shittu, has said there would be no peace in the All Progressives Congress (APC) and the Oyo state chapter in particular without restitution and justice.

Shittu, who fielded questions from journalists on Wednesday in Abuja, said he will be a bastard to support the APC governorship candidate in Oyo State, Chief Adebayo Adelabu, after he was defrauded out of the party's primary election held last October.

When told about the effort of the national peace and reconciliation committee to broker a truce in the state, Shittu said “No. There won't be peace without restitution. So, restitution should come before the reconciliation.

“…They asked us to pay N22m (for nomination form) and didn't advertise any condition other than as provided in the constitution. After we have been screened and certified, the chairman of our party unilaterally and in violation of the constitution got me out of the way so that they can impose newcomer on the party – somebody who was barely two months in the APC.

“As for me, I don't recognise the candidate of the APC. I'm in court and I believe I will triumph over those who were less than intelligent to foist a stranger on our party in Oyo State.

“Of course, they had the opportunity and they missed it and the party will certainly pay for it. I have passed that stage where any party will be threatening me.

“The temporary loss is not mine but that of the people of Oyo State who deserves the best in governance.