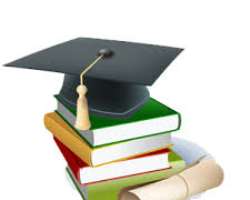 When the last ASUU strike was suspended( these strikes are never called off!), I remember concluding in an article that: the ASUU strike is over; lets prepare for another strike! That is because the foundation for further strikes is usually laid by the terms of settlement( MOU, MOA- memorandum of understanding or action) of the previous aluta. Now, here we are!. I am not surprised that ASUU is back in the strenches. I am not surprised that this has lasted more than four weeks(You see, this is not an NLC strike that is called off at 12 midnight!). I will also not be surprised if the Government makes the type of offer that men make to women while they are already in bed, thus making it a prelude to another akshion. And to complicate the matter, the government has adopted a no work no pay policy, which can only lead to no pay no work response! This is not about ASUU strike but you may check out the document on why ASUU is on strike or my article on Governance , integrity deficit and srikes. (Ik Muo, BusinessDay 4/6/18)

It has been said that the most commonsensical definition of madness is doing the same thing all over again and expecting different results. I dont have any issue with this definition, the source of which I do not know. But I wish ask a question to everybody and no body in particular: how do we define doing something worse that the first one, in all material particulars, and still expect a better outcome? That is surely worse than madness or it is madness to the ‘ nth’ order. That is what is happening in our educational sector where we take one step forward, two steps backwards and three steps inside the bush!

Just recently, there was a report that the NASS has in its pipeline( why are these pipilenes always congested?), plans to establish 80 higher institutions.( 27 universities, 22 colleges of education, 19 polytechnics, six institutes, one police academy, one federal college of agriculture, a federal college of forestry, one para-military academy and one federal college of veterinary assistants as well as a school of mines and geological studies). Just as the son of man was trying to dig deep so as not be acused of spreading fake news, (which is more deadly than BH and herdsmen combined), we heard that they have already approved 10 of them, probably the first tranch of the tertiary education armada. And this is happenong at a time when all our public universities are grounded to a halt because the various visiting governments cannot provide mere survival-level funding for existing universities. I note in passing that one of the universities is located in PMBs village. This is noteworthy because, while OBJ and Atiku settled themselves with private universities, GEJ and PMB settled themselves with public universities. I don’t know what I will settle myself with when I get there.( Don’t write me off yet!). But that is by the way.

I have thought about this and come to the inescapable conclusion that the government in power and its various organs are suffering from quantity illusion, the mistaken belief that quantity is all that matters. I heard that term for the first time in 1977 from Prof Dotun Philips, our lecturer in the Department of Economics at UI. However, the term was coined by Irvin Fisher( Fisher,(1928) The Money Illusion, a 2011 edition of which is available at Amazom). It refers to the tendency for people to think of currency in nominal, rather than real terms, such that as income increases nominally, there is the mistaken belief that purchasing power has increased, while in fact, there has been an errosion of the purchasing power. Within this context, the people in government believe that more university enhances our ranking in the immaginarly global education performance index.

But the whole thing did not just start with the quest for more universities; it started with the fanatic craze for certificates. We suddenly found ourselves in a society where the only thing that mattered and still matters is a certificate. That is a delibitating ailment called certificatemania. That is why people cheat in exams, go to magic centers, hire people to write exams for them, patronise the oluwole mills and all that. But since some certificates are more powerful than others, it became obvious that a higher-order certificate is preferred. That was how we moved fromcertificatemania to universitymania. Unfortunately we fell into the quantity illusion, an ailment that is psychological in nature and scope. Some states that cannot fund a university now have three and even moving on to four. All polytechnics and colleges of education are either awarding degrees or are in the process of being converted to universities. I sympathise with the common entrance students of today. In our own days, we knew the number of Universities in Nigeria. Today, even those in NUC might not have that knowledge.

I think we should explore this further but before this, there are two quick ones. One coach Leslie, who teaches an Orange Theory Class tells his coachees that doing one perfect-form exercise can yield more results than 12 sloppy ones. Even though our people mock the person who needs a proverb to be interpreted for him, this simply means that a healthy optimally funded, staffed and equiped university is more fruitful than 12 everything-goes universities. When we were in UI, Kuti Hall was know for quantity. I just wander if the current Minister of Education has anything to do with Kuti Hall( Kuti for Quantity!)

Other Matters
I heard that PMB has reassured the whole world in far-away Poland( a country of just 40m people) that this is the real me! I have already argued that there are three Buharis: Buhari the soldier, Buhari the saint and Buhari the accused( Ik Muo: Eureka: There are three Buharis, not Two BusinesDay,22/11/18). I assume that his reaction as in response to a question from a journalist. Can our journalist have the opportunity to ask such a question and what will be his fate? Why was such a rebuttal done in Poland and not in Abuja? Why not talk us rather than to the international community? Afterall, this is a political era and all politics is local!( To be continued)