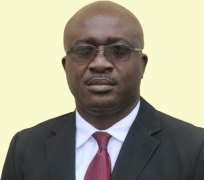 The leadership of the indigenous Correspondents’ Chapel (ICC), Nigeria Union of Journalists (NUJ), Delta State Council, is to organize a 1-Day workshop to build the capacity of its members.

In a press release signed Wednesday by Comrade Barth Inneh Ozah and Kenneth Orusi, chairman and secretary respectively, said the theme “Building Capacity for self-Improvement”, was to ensure that members of the chapel are equipped in the discharge of their duties.

According to the release, the workshop would have the Editor-In-Chief of the state owned newspaper, The Pointer, Mr. Monday Uwagwu and a lecturer, Mass Communication department, Ozoro Polytechnic, Mr. Chyke Gbemudu, would speak on “Roles of community press in election coverage” and “Challenges of Journalism”, respectively.

The event would be chaired by the state Commissioner of Information, Ogbueshi Patrick Ukah.

The release added that the ceremony which would begin at 10:00am prompt on Thursday 6th December, 2018. Guests are to be seated by 9:30am as it promises to be entertaining with music from DJ Sabastine Ikpoza.