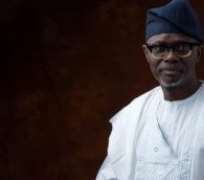 The APC candidate spoke Tuesday at a meeting with the traditional leadership in Igando area in Alimosho Local Government, as part of his state-wide consultation to listen to the expectations of the people.

The Onigando of Igando, Oba Lasisi Gbadamosi, received the APC candidate and his running mate, Dr. Obafemi Hamzat, in company of other traditional rulers within his domain.

Oba Gbadamosi, who spoke on behalf of the traditional rulers, tasked Sanwo-Olu on security of lives and property in Igando area, pointing out that cultists were making lives difficult for the people.

The monarch stressed the need to rehabilitate the Igando General Hospital and expand facilities in the hospital to cater for large number of people. This, he said, is necessary due to the increasing population in the area.

Oba Gbadamosi also made a case for increased representation of Awori people in the state affairs, urging Sanwo-Olu to stop what he described as “sustained discrimination” against Awori people in governance of the state.

In his response, Sanwo-Olu promised to capture the concerns of Awori people in his programmes. He also promised that security would be strengthened in the area and across the state.

He said, “We have come to seek your support and to also listen to your concerns as we prepare to start our campaign. We are reaching out because we want everyone on board our train that is ready to take Lagos to a greater heights.

“During our consultations, we have listened to our royal fathers who have a lot of complaints about their welfare. We are going to review the allowances of our traditional rulers and re-organise our traditional institutions to make them to carry out their functions in proper ways as expected.”

Sanwo-Olu promised he would not be far away from the traditional rulers if elected, soliciting their support for his vision to build a Lagos that will be a pride of residents.