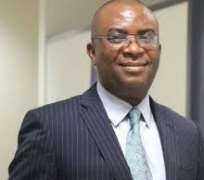 Authorised dealers in the wholesale segment of the market, in Monday's sales, received the sum of $100million, while the Small and Medium Enterprises (SMEs) and the invisibles segments were allocated the sum of $55million each.

The CBN Director in charge of Corporate Communications Department, Mr. Isaac Okorafor, confirmed the figures and restated the Bank's resolve to meet genuine customers' request in the various segments of the market especially in the preceding period of the yuletide and in the New Year.

The Bank Governor, Mr. Godwin Emefiele, while delivering the annual lecture of the Chartered Institute of Bankers of Nigeria (CIBN) in Lagos, on Friday,had warned speculators not to bet against the Naira. Despite the uptick in the exchange rate last week, Mr. Emefiele said the Bank had enough reserve to defend the Naira.

It will be recalled that on Friday, November 30, 2018, the Bank injected a total sum of $331.22million in retail Secondary Market Intervention Sales (SMIS) and CNY51.86million in the spot and short-tenored forwards of the inter-bank foreign exchange market.

Meanwhile, the naira on Tuesday, December 2, 2018 continued to exchange at an average of N365/$1 in the Bureau De Change (BDC) segment of the market.