One person killed in clash between two cult groups in Osogbo 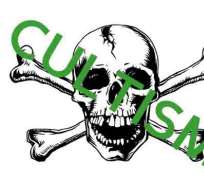 One person was killed during a clash between two cult groups in Osogbo, capital of Osun State on Sunday evening.

The incident caused panic as a notorious boy known as Badoo was murdered at popular joint called Star Night, near the former secretariat of the All Progressive Congress at Ladsol area, Osogbo.

During the fight, Badoo was overpowered by members of the other cult groups and he was neutralized.

The Nigerian Voice gathered that the fight was as a result of supremacy battle between the two rivalry cult groups.

The Commissioner of police in the state, Mr Fimihan Adeoye confirmed the death of the cultist in a telephone conversation with The Nigerian Voice.

"Yes, one person was killed during the clash between the cult groups. We are investigating the matter. The situation is under control now. No arrest yet. I can assure you that the culprits will not go unpunished", CP Adeoye said.