The Nigerian Left and the Constitution 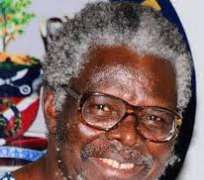 For some time in the early part of Nigeria’s Second Republic (1979-1983), several groups in the Nigerian Left debated what the movement’s relationship with the opposition People’s Redemption Party (PRP) should be. Several Leftists had been involved in the formation of the party while several more joined after formation. But the bulk of “hard core” Leftists, particularly Marxists, remained outside the party which, today, would be described as “radical left-of-centre”: left-of-centre on account of its ideological placement and radical in its methods. Of the 19 states into which the country was then divided, PRP controlled the governments of two: Kaduna and Kano—where Kaduna included the present Katsina State and Kano included the present Jigawa. The party was modestly represented in the National Assembly.

That PRP controlled the governments of old Kaduna and Kano states and had a presence in the national seat of power in Lagos meant that the party and the governments it controlled accepted the Constitution of the Federal Republic of Nigeria, 1979. They operated that Constitution and were bound by it. This legal relationship with the Constitution was one of the greatest subjective and ideological obstacles to the formal entry of several Leftists into the PRP. And this was the setting for a respected veteran Leftist to charge, in a closed meeting, and then in an international Marxist journal, that those Leftists who refused to join the PRP on account of the latter operating the Nigerian Constitution were ignorant and lazy arm-chair revolutionaries.

More directly and substantively, the comrade declared that the Constitution of the Federal Republic of Nigeria, 1979, was sufficient for the Nigerian Left to make a revolution if it was actually interested in making a revolution! The “gates of hell” broke open after this charge. Comrades did not go to blows only because there would be no one to separate the fight. Besides, if fighting had broken out and the police had come in there would have been sufficient evidence to charge the two sides with any offence – ranging from “rioting” to “treasonable felony”. That was more than 35 years ago.

This near-violent debate over the possibility of using the Nigerian Constitution to make a revolution, in the particular way the question presented itself in 1980 or 1981, has since been resolved by history and transcended ideological and politically by the Nigerian Left. But the general question of the relationship of the Left to the fundamental law of the Nigerian State remains. So, what is this fundamental law, this constitution? How does the Left see it? How should the Left see it? Should the changing of the Constitution—including “popular-democratic restructuring”—be one of the current key demands of the Left or one of the key elements of the People’s Manifesto? If the Left comes to power today—alone or in a coalition—will changing the Constitution be one of its immediate priorities?

Let me quickly dispose of the last question. As important as a radical review of the Constitution may appear, it cannot be one of the first acts of a Left government on coming to power. Radical and massive redeployment and redistribution of the nation’s resources in favour of the working, toiling, poor and de-classed masses and lifting of layers of burden from their shoulders will be the first symbolic and substantive acts. And these will be carried out not by initiating a constitution-review process—a long process—but by stretching to the limit the provisions of the present Constitution. No law will be broken, no court order will be disobeyed. Only two defensive steps will be taken: placing the revolutionary measures directly before the people and summoning people’s lawyers across the land. Constitution-review will be carried out later: not much later, but later.

This claim is neither completely false nor completely true. Rather, it is ideological. For the people must have been involved—in one form or another, in one marginal or superficial way or another, at one level of deception or another—in the production of that document. But the Constitution is, in essence, the will of the state. And the state is, in essence, the will of the ruling classes.

The Constitution makes the claim of “universal” representation because the state uses it to rule over the entire territory and the whole people—and not a fraction of the territory or the ruling class alone. And because the Constitution makes such a claim it is compelled, regardless of the process of its coming into being and without mitigating its essence, to agree to some concessions to the people in content and in form (including the use of language). A ruling class or a state which refuses to make concessions and compromises is reducing the roads to change to only one: revolution. No state, no ruling class wishes to be permanently in a state of siege or turmoil. And the means of preventing this—as long as possible—is through concessions and compromises, including constitutional reforms. These concessions and compromises, as minor as they may appear when they are snatched from the ruling class, may be called into a decisive role at a future critical moment.

A Constitution which is a bundle of lies, and nothing else, will lack all credibility and will be useless to the ruling class and the state. It is these compromises and concessions that the 1980 “Leftist protagonists” of the 1979 Constitution insisted could be used and should be used to advance the popular struggle. What they did not say or did not say convincingly or were not allowed to say was that this use of the Constitution would not exhaust the forms of struggle or be the highest form of struggle in the revolutionary arsenal of the Nigerian Left.

What the “Leftist protagonists” of the 1979 Constitution were therefore saying can now be appreciated through the prism of 2018 and set out in a series of connected propositions: One: Although historically, the reform struggle, including the struggle for a more democratic constitution, has been an integral part of the revolutionary struggle in Nigeria, the latter cannot and should not be reduced to the former. In other words, the agenda of the Nigerian Left is much wider and deeper than the reform struggle, including the struggle for a new constitution. Two: The limited democratic provisions in the Constitution could be used to wage both electoral struggle and general popular-democratic struggle in a manner that the ruling class and the state had not envisaged.

Three: Exposing the limitations of the Constitution is a revolutionary struggle which, in certain conjunctures can be more effectively waged in actual popular-democratic engagements—including elections and, when possible, actual governance. Four: In participating in electoral and governance politics where the Left is not in power—even if it is marginally in office—participating Leftists should seek, obtain and retain organized revolutionary backing.