Why Afenifere must Change its name and apologize to Buhari, Yorubas & Nigerians 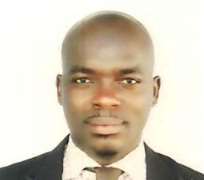 It’s simply a matter of logic to differentiate between evil and good. Going by recent events and comments from Afenifere group generally on Nigeria and governance, the teaming numbers of Yorubas are saddened that our so-called mouthpiece has derailed from the bottom-point of its establishment by our late leaders and heroes, who at all time toed the line of honour, objectivity, passion, genuineness and support for everything that advances the course of Yorubas in particular and Nigerians in general without any iota of bigotry.

Nowadays, we see something quite very different from the ways the founding fathers made all to be. The dollars seems to talk more than the real talk. Every action, comments and moves seems to be under the influence of dough, currency and personal interest; just nothing more.

It’s a stack truth, that no leader had ever profited Nigerians all over, in shortest-while like president Buhari. The Igbo (South East) extraction, being the mostly road-plagued region of Nigeria has about 87 road projects alive under president Buhari among other projects and benefits.

The Yorubas has about 68 projects alive under President Buhari aside other benefits. I would roll out facts and figures in due time.

Going by calculations, the seeming politicians under an umbrella of a Yoruba group now seems to be in one party. The majourity in it has shown never to like anything ‘Buhari’. No matter how good what Buhari does for the Yorubas and/or Nigerians, as long as it’s coming from Buhari, Afenifere would taint them ‘Greek gifts’.

No commendation of Buhari whatsoever till date. All Buhari does are bad, the worse of all, any woe / calamity that befalls the nation seems good, since by their judgment, their enemy at the helms of affairs is incompetent and unbeneficial.

The teaming numbers of our youths are learning better and faster about leadership, followership, character and stands. The elders we chose to know and trust for directions are no longer the elders we know. In due time, the bull would be harvested by the horn. The youth shall take their rightful place in the place of the truth, objectivity and sacrifice.

If I may ask, which of the Presidents dead and alive had been a blessing to Nigerians especially to the Yorubas than President Buhari? Taking aside the overall achievements of President Buhari, which if numbered are in thousands; it surprises me that despite all, Afenifere had never spoken of anything good about Buhari, we started to wonder maybe it is because Buhari doesn’t rain dollars or allow the national vault to be opened for all to take and/or share from as usual. At least an explanation must be made on why this hatred no matter what Buhari does.

Or how do we explain the following?

In Falz voice "This is Nigeria, save us from Afenifere..."

In the vein of light, I belief Afenifere owes Nigerians an apology for always attempting to mislead and taint everyone a fool.

Since Atiku had promised to take all the above benefits away and replace Buhari Greek gifts by giving Afenifere (not southwest) the post of the Secretary General of the Federation, I suppose the SGF position would be embroidered an ‘Italian gift’?

A group suggests that Afenifere’s name which is interpreted in English to mean: ‘People/someone who wants the progress and betterment of people’ be changed to its direct opposite ‘Afenifeb*’.

We have been on the spiritual fasting spree never to go back to ‘Egypt. God has listened to our cries for the sake of our children and children unborn by assuring us that no more Jackals, Hyenas, Chimpanzees and Vultures would engage and/or sight our national vaults again.

I am set for the next level, President Buhari / Osinbajo or nobody till our institution is made stronger and better.