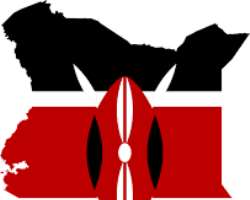 There is currently a gender bill in Kenya parliament,aiming at increasing the number of women in politicalpositions. The underway bill intents to swell the number of women in electoral and corporate as well as positions of political appointments. The bill is not yet made into the law, but it has attracted a lot of public attention given its coincidence with the active state of feminist politics at global stage.

The agitators for the bill are from across the gender divide, they all want political Party leaders to whip the followers into to rally behind the bill. However, not all women members of parliament are supportive, some are so deviant to an extent of not attending the parliament to give numerical support to the bill. This is out of personal and some reasons known to themselves. This bill that has been introduced into the legislative process by Aden Duale is so timely in all political senses, however it is so parochial in scope, elitist, snobbish, classist and fullof tokenism in the sense that it only wants to give political opportunities to the middle class women to signify social freedom for a woman in Kenya. Such inherent technical weakness are precursor of further oppression of a woman by a woman. Hence the need to point out what a good gender bill would look like in any part of the postmodern society.

Primary thinking to a good gender bill must respect the premise that achieving of any social structure that offers complete social inclusivity to women does not need to start with putting well-to-do women in parliamentary positions. Instead, there is need to have a systemic solution as an approach to the question. Wholesome and full-some institutional changes that can rapidly and rabidly uplift Kenyan woman from rural poverty and urban hopelessness must be part of such systemic approaches.Thereforem this means that a gender-conscious legislative agenda is duty-bound to ensure good basic and technical education for the girl-child, need to establish minimum wage limit for domestic workers, has think of legalizing sex working by giving legal protection and medical protection to the sex-workers, and even think of reducing the appalling gender pay-gap. The gender bill of today can only make sense if its out-come will be the law which will enable a girl-child to afford self-sponsored university education,access free gaenacological medical services , enjoy government funded free sanitary pads provisions for the school-girls as well as the women leaving with disabilities and the women living in poverty.

Social and Political conditions of rural women in Kenya are an out-come of what the Nobel Prize winning Economist Joseph Stiglitz would describe as overtones of vicious inequality. Theinequality that thrives on blind economic policy making and self-serving political cultures.Such vices thrive their livelihood from biological limitations of a woman as well as from the prevailing cultural systems. For example a single parent man can easily get money to look for a foster mother to his children, but inversely a single parent woman is a social out-cast and pariah of some kind. This is why there is need to change the law so that the single-parenting women and the poor women above fifty five years need to be getting single parenting allowances and un-employment allowances. Unfortunately, my gleaning at the current gender bill underway in Nairobi parliament did not come to such provisions.Such inclusive approaches will overhaul the social and economic state of a Kenyan woman into a self-sustained social sub-system.

Critical outlook readily avers that thecurrent system of oppression of poor women in rural areas and poor urban areas in Kenya is not only caused by political under-representation, but it is an outcome of very many entrenched oppressive cultures. Such cultures include the age-long vices like auto-sexism (women oppressing women), colourism (brown skinned women being favoured over dark skinned women) patriarchy (many oppressing women), tribalism, religionism, female-circumcision, Boko-haram like terrorism attack on girls, funeral rituals and other crude social-economic cultures in Kenya that have made a woman to be seen but not to be heard. Like the libertino culture among some men that always think about women in terms of a bedroom, but not in terms of professionalism and technological advancement. Such libertino-cultured men are the one giving the women-folk raw dealing in every situation. They practice what Mukoma wa Ngugi in his recent interview with the Quartz Magazine condemned as dehumanization of others for personal pleasure. But all these happen out of a social system of the economically inspired and instigated masculinity .The masculinity that makes women to violate other women out of competition for economic advantages substantially found in the world of the man enjoying the superlative economic position over a woman.

Experts and researcherson women studies have suggested different models of women liberation. The systemic model which aims at supporting social and economic comfort of all women has been recommended as the best. The institutional model , like the one being suggested by honourable Duale in Kenya’s parliaments can achieve good results if only it can aim at liberating all women but not only preserving powerful women power. The idea is that oppression is a class phenomenon, if a few women are made powerful, they will ultimately turn around to oppress the powerless women. The historical logical of gender based oppression infers that womenare oppressed by men because women are economically powerless, women are not oppressed for being women. And hence any powerful woman can similarly oppress a powerless woman. This is also the same argument made by Joseph Kiruki in his epistemological model of women’s liberation.

Reading the Mandarin by Simone de Beauvoir clearly shows that gender based oppression is not about man oppressing a woman, it is all about the powerful oppressing the powerless. This is why the concept of gender freedom must not miss the right logic of denotation by being narrowed down to political and bureaucratic rights of women as currently implied in the gender bill at the Nairobi parliament.

Gender rights logically refers to the rights of the vulnerable, the ones that can easily be violated. Under this context therefore, the new gender law in Kenya must consider rights and freedoms of the minority, migrants, the disabled, the LQBTI, the aged, the poor, orphans, the young, war victims and the war prisoners, the half-conscious and the Albino to participate in the social and economic mainstreams. Above all else, resistances model rules the day. People are only riding back of a woman because the woman is stooping. If a woman can resist no other woman nor other man can ride her back let the woman resist. Let her resist the snobbish temptation that makes her cheaply manipulated by the political class and the tribal king-pins of Kenya. A woman must join the powerless and fight as a united force, together liberation of the powerless will be realized.