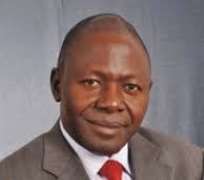 Following the incessant destruction of campaign billboards in the state, a group under the aegis of Ezza Ezekuna Youths in Diaspora has issued a stern warning against the unwarranted destruction of campaign billboards of the All Progressives Congress {APC} senatorial Candidate for Ebonyi Central zone in the 2019 general elections, Senator Julius Ucha.

The group who handed down the warning in Abakaliki through a press statement signed by its chairman, Comrade Ugochukwu Emmanuel and the Secretary, Comrade Uchenna Okum, accused some youths working for the current Senator representing the zone, Senator Obinna Ogba, of being behind the sinister act.

The statement further disclosed that the resolution was reached after an emergency meeting in Abakaliki; warning the people involved in the act to desist forthwith as they would not continue to fold their hands and allow such intimidation to continue against the person of Senator Ucha.

“It has come to our notice that some political thugs loyal to one Senator Obinna Ogba representing Ebonyi central Senatorial Zone whose stock in trade are to be dismantling campaign bill Boards of political opponents of their paymaster especially the ones belonging to our illustrious Son, Senator Julius Aliucha along Nkalagu axis of Enugu-Abakaliki.

“We want to categorically state that there will be no amount of pressure mounted on us by our enemies that will make us succumb to intimidation, injustices or to withdraw our support from one of our own”, the statement read in part.

The statement further noted that the people of Ezza are peace loving and law abiding citizens and have always supported Candidates from other zones whenever it was their turn to take their shots in any political position they have in joint ownership.

“What we are asking is that we should be given the chance to represent the Zone at the Red carpet come 2019.

“We therefore, warn those who find joy in dismantling bill boards of Senator Julius Aliucha to desist from the act. We will no longer fold our hands and watch any unscrupulous element destroy bill boards bearing pictures of our sons in the state” the group warned.

The group further called on the security agents to arrest and prosecute the hoodlums going about destroying billboards of candidates of political parties for the upcoming general elections in order to serve as deterrent to others.