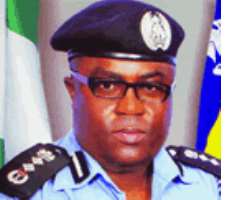 On the evening of September 26, 2009, Bona Ezeudu and his wife, Ngozi, found themselves enveloped by a terrible fog that has yet to lift. The couple's nightmare came by way of the startling discovery that Lotachukwu (Lota for short), their only son, had been kidnapped. Nothing prepares a parent for the shock, terror and sheer horror of receiving a kidnapper's call demanding a ransom in exchange for the release of an abducted child. Last week, I spoke to Bona after reading the heartrending account of their son's abduction on saharareporters.com. 'Okey,' he said in a voice drenched with sorrow, 'Ngozi and I have not slept for months. There is a constant pain in our hearts.'

Bona Ezeudu is a versatile and extraordinarily gifted artist, a prominent member of the Aka group of artists who emerged in the early 1980s and provided a great fillip to Nigerian art. His art - he's at home both as a painter and sculptor - has taken him all over the world.

But those of us who know Bona realize that, despite his accomplishments as an artist, his family always comes first. I have known Bona since our shared childhood days in Yola. His father, like mine, was part of that wave of pioneers who traveled to the north to take up civil service jobs or to set up small businesses. One measure of our closeness is that, at my birth, Bona's father accepted my parents' invitation to be my godfather.

If ever compelled to make a choice, the Bona I know would happily trade all his professional accolades for the joy of having a loving, close-knit family. I remember his elation when he met Ngozi, a quietly strong woman and soul mate who often wrote crystalline poems inspired by his paintings. Whenever I met them or talked to them over the phone, I came away with the unmistakable impression that their children, a son and two daughters, were the center of their lives. Bona and Ngozi are devoted parents.

The Ezeudus' lives became topsy-turvy the evening of September 26, 2009. Lotachukwu, a second year accountancy student at the University of Nigeria, told his mother that he was headed for the home of a divisional police officer, Sam Chukwu. The DPO's son, Nnaemeka Chukwu - who had attended the same secondary school as the Ezeudus' son - had invited Lota to come over and help one Desmond Ibezimako Chinwuba look over a laptop that Desmond reportedly considered buying.

Lotachukwu has not made it home since.
Instead, the Ezeudus received a call that their son had been kidnapped, followed by instructions to pay a considerable ransom to secure his release. It was hard to put the money together, but Bona and Ngozi pooled from different sources to enable them to pay the ransom.

But rather than the relief of their son's return that they expected, the couple was cast in a nightmare of uncertainty. They have neither seen their son nor heard his voice or that of his kidnappers.

The distraught couple soon discovered that there were bizarre, even incredible twists in the whole messy affair.

It turned out that Desmond Ibezimako Chinwuba was a former police officer, but rusticated on account of his involvement in armed robbery and kidnapping. He was, in fact, being tried for those alleged crimes. Even so, Sam Chukwu, a senior police officer, offered shelter in his home to the selfsame Desmond.

Inspector General of Police Ogbonnaya Onovo should take a close and abiding interest in the travail of the Ezeudu family. Mr. Onovo should order DPO Chukwu to explain why he was harboring a fired police officer of Desmond Chinwuba's notoriety. From all accounts, the DPO not only welcomed Desmond as a live-in guest in his apartment but also allowed the man to roam the city of Enugu with his son.

Did the DPO not weigh the prospect of the former rogue officer leading his son into trouble, including serious crime?

Facing one rap sheet for armed robbery and kidnapping, Desmond had to be perceived as a major suspect in Lota's disappearance. Even so, Desmond reportedly refused to give a statement and was allowed to remain free. Then, as investigations into Lota's abduction heated up, he skipped town.

The IGP ought to demand that his Enugu command explain how a man accused in a kidnap case - and who was a suspect in yet another unsolved case - could have been given the freedom to flee. It's speculated that the fugitive is hiding in Malaysia or China. Mr. Onovo should give marching orders - to DPO Chukwu as well as the police authorities in Enugu - to find Desmond, wherever he's hiding.

The Ezeudus' pain is simply shattering. That pain is going nowhere until their stolen son is returned to them. As Bona told me, 'I won't wish my worst enemy the kind of pain that Ngozi and I have been going through.' Their pain, I suggest, should ginger the Inspector General into looking for answers urgently. Kidnappings have become a veritable scourge in the southeastern part of Nigeria. What's worse, there's the perception that elements in the police operate some of the kidnapping cells, or offer cover to those who do.

Mr. Onovo and the police top brass have the opportunity to use the Ezeudus' case to drive home the point that the police can no longer afford to mask the proven criminals in their midst. They ought to send a clear message that those who soil their uniforms by committing crimes, or aiding criminals, will be targeted for removal and trial. For a start, the IG should summon DPO Chukwu to Abuja, grill him, and make an example of him.

The police in Enugu have netted some suspects in Lota's disappearance. One of them, Ernest Okeke, has a profile similar to Desmond's: a former police officer, he's also standing trial in a case of armed robbery and kidnapping. In March, the police declared Desmond and one Moses Uche Amajor, whose father owns Prosper Hotel in Trans-Ekulu, Enugu, wanted as suspects in Lota's disappearance. Amajor has a lot of questions to answer. According to Saharareporters, tracked phone calls suggested that Lota was kept for several days in Prosper Hotel before his relocation to an unknown address.

Bona and Ngozi deserve the peace of mind that will attend the safe return of their son, or the closure that will come with knowing what happened to him. The fact that police officers, serving and fired, are implicated in the case places a burden on the IGP to oversee this particular investigation. If the mystery of Lota's whereabouts is not resolved, then this will count as a blemish on the police as a whole and on Mr. Onovo's legacy as leader. It behooves IG Onovo, then, to rise to the challenge of lifting the fog of the Ezeudus' nightmare.