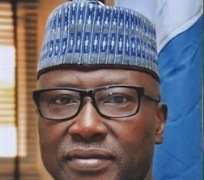 The meeting will take place Sunday at the Banquet Hall, of the Government House Bauchi.

Others also expected at the meeting include the APC stakeholders such as the National Secretary of the party, Mai Mala Buni who is also it’s APC 2019 Governorship Candidate for Yobe state, APC North East National Vice Chairman,Comrade Mustapha Salihu, Senate Leader,Senator Ahmed Lawan from Yobe state, Senators from the north east zone.

The meeting was said to have been convened by the APC national headquarters purposely to discuss the teething problems and challenges affecting the party at the zone ahead of the 2019 general elections.