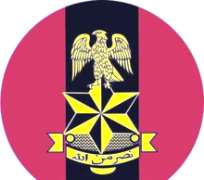 The Nigerian Army on Saturday, threatened legal action against individuals or groups behind the “fake videos of purported Boko Haram attacks.”

It also refused to divulge details of the terrorists’ attack on the 157 Battalion in Metele.

In a statement published on its official Facebook page, the Army said that it “continued to observe with great dismay the myriads of photos and video clips being recklessly distributed on various social media platforms by different calibre of persons” noting that such undermined national security.

The release partly reads, “It is indeed shocking to see how these well doctored propaganda materials from enemies of the state have succeeded in creating fear and unrest in the polity. These doctored materials are obviously serving the purposes intended by the terrorists to mis-inform the populace, spread panic, hatred, religious intolerance and above all to undermine national security.

“The army wants to categorically state that the videos and images making rounds as the purported attack on Metele base are false and do not in any way portray the reality of the situation on the ground.

“Unfortunately, many do not know that indiscretional posts and comments from a citizen that is supposed to be solidly behind its military in these trying times could have a way of dampening the morale of the troops.

“The army wants to draw the attention of its detractors to the fact that spreading of fake news is an offense and violates the provisions of Section 24(1)(a),(b) and (2)(a),(b),(c)(i),(ii) of the Cybercrimes (Prohibition & Prevention etc) Act, 2015.

“In view of this, please note that the army would henceforth report these infractions and file cases against individuals or groups who deliberately spread fake news that aims to undermine national security, in courts of competent jurisdictions.”