Nigeria; Blasphemy and the Kano Killing 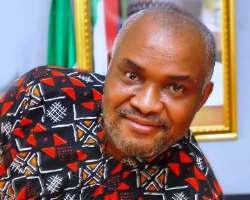 Most earliest scholars of philosophy were passionate about unraveling the essence and import of governmental authorities.

A significant percentage of classical scholars especially in the medieval epoch were of the considered position that government exists to protect the rights of all citizens to co-exist in peace and respect common norms, legal precepts and subject themselves to the rule of law.

This is because there was an underlying belief that government became imperative as a way of saving man from total destruction by what obtains in the state of nature whereby brute force was the order of the day and might was right. In the state of nature, survival by man was by the fittest.

One of those reputable thinkers who formulated the systematic body of knowledge that government exists to protect the rights of all citizens, was the British philosopher by name John Locke (1632 – 1704).

Specifically, it was the contention of John Locke that the end of law is to preserve and enlarge freedom.

Some writers were of the view that the English philosopher John Locke was the first to articulate the liberal principles of government: namely that the purpose of government was to preserve its citizens’ rights to freedom, life, and property, to pursue the public good; and to punish people who violated the rights of others.

In his thinking, law making was therefore the supreme function of government.

Going through a particularly impressive book on politics, i encountered a distinguished analyst who as it were stated that for Locke, one of the main reasons people would be willing to enter into a social contract and submit to being ruled by a government, is that they expect the government to regulate disagreements and conflicts in a neutral manner.

"Following this logic, Locke was also able to describe the characteristics of an illegitimate government. It followed that a government that did not respect and protect people’s natural rights – or unnecessarily constrained their liberty – was not legitimate".

In this profoundly rich book published by DK book publishers and whose publisher is identified as Laura Buller, the English philosopher John Locke was said to have therefore been opposed to absolutist rule.

Unlike his contemporary Thomas Hobbes, who believed that an absolute sovereign was required to save people from a brutal “state of nature”, Locke maintained that the powers and functions of government had to be limited (See the Politics Book, first published in Great Britain in 2013).

In proceeding therefore with this piece, the interrogatory that follows is why then is this writer burdened by the need to speak to the issues of blasphemy with specific reference to an associated killing that took place in Kano state around March of 2016?

This piece is a call for a reawakening by the Nigerian and Kano state governmental authorities to fish out the killers of this woman and deliver justice in line with the constitution of Nigeria.

The immediate motivating factor is the decision of the supreme court of Pakistan which freed a young mother from the death penalty passed on her by a lower court over blasphemy charges. The Christian woman in Pakistan spent a total of ten years in detention whilst her appeal lasted.

The challenge for the Nigerian state therefore is to efficiently go after those Kano killers who committed the murder over the nebulous charges of blasphemy against an innocent aged woman who was slaughtered and for years there is no closure neither is there justice in line with the grund norm of Nigeria. Murder is a heinous crime that must never be swept under the carpet.

This is because the constitution of the Federal Republic of Nigeria of 1999 (as amended) has in section 10 recognized that Nigeria is not a religious state.

Besides, in Section 33 (1) of the same constitution, the unambiguous provision totally outlaws the taking of someone’s life without the due process of the law even as section 6 gives the judicial powers of the federation to the courts of competent jurisdiction and not to mobsters or religious zealots who are protected by the Kano state government. President Muhammadu Buhari will do his administration a whole world of good if he can compel the justice sector to take up the matter of that unresolved killing of the Igbo woman trader in Kano by the Moslem fundamentalists who were identified and picked up by the Nigerian police force but were set free by the Kano state government in what is clearly a violation of the Constitution of Nigeria. Already, the allegations that Buhari is a religious bigot has continued especially with the preponderance of appointment of Moslems in key national security offices since the last three years. President Muhammadu Buhari for the sake of restoring the sanctity of the constitution must ask that the case of the gruesome killing of this lady in Kano state be reopened and brought to an effective prosecutorial closure.

This is because if therefore Pakistan, in Asia which is almost 95 percent Islamic can follow the due process of the law to set an innocent Christian woman free from death over blasphemy, why is Nigeria that is not a religious state failing to take justice to some identified killers who were simply freed by the Kano state government in a clear case of confrontation to the constitution of Nigeria?

A quick peep at the scenarios in both Pakistan and Nigeria will reveal the necessity for once more asking governor Abdullahi Ganduje who has an academic doctorate degree to respect the constitution, order the arrest and prosecution of those mobsters who committed murder in broad daylight. This will not end as an article because the organization that i head has decided to send a letter to the governor of Kano state and the current Nigerian President.

To properly contextualize the two incidents in Pakistan and Nigeria, it would be appropriate to narrate what happened.

On March 2016, it was reported in the media that a woman in her early seventies whose family had lived in the boisterous city of Kano was suddenly lynched to death through beheading by some persons simply identified as Moslem fanatics.

She was summarily executed after these unruly gangsters accused her of blasphemous conduct against the holiest prophet of their religion.

Identified as the Imo state born Mrs. Bridget Patience Agbahime; who until her gruesome murder, was a trader at the Kofar Wambai Market in Kano. This Woman's brutal murder has to be attended to or it would be concluded that the current government has lost legitimacy to remain in office.

The beheaded Nigerian Christian woman before her unfortunate murder sold plastic wares and was reportedly in company of her husband when she was attacked by the angry youths and beheaded.

Those who killed her almost succeeded in killing her husband but for the intervention of the Kano state Police command. Some of her killers were immediately apprehended but later released on the orders of the state Attorney General who refused to institute charges.

A similar scenario was however not allowed to happen in faraway Pakistan which even pride itself as an officially Islamic state. The accused Christian lady who was similarly set up by Islamic fundamentalists was however made to undergo the due process of the law and eventually freed. Her release and the threats against her life has elicited global reactions with World leaders contemplating granting her asylum in the West. Canada is said to be nearing the process of airlifting her into safety. But at least the government of Pakistan behaved in much more legal way than what is at play in Nigeria under a similar circumstance.

This latest case of alleged blasphemy in Pakistan was strikingly similar to what happened in Kano two years ago. The difference however is that the government of Pakistan did not allow the mob to have their way. The rule of the mobs in Nigeria has become phenomenal.

This lady Asia Bibi, a Pakistani Christian woman acquitted of blasphemy after spending eight years on death row, has been freed from prison, report BBC.

Last week's Supreme Court ruling sparked violent protests from Islamists and the government agreed to their demand to stop her leaving Pakistan.

News of her release led to some confusion, with reports she had been taken to another country.

But the foreign office later said she was still in Pakistan.

The case is highly sensitive and Information Minister Fawad Hussein said journalists had been "extremely irresponsible" in reporting she had left the country without official confirmation.

Those reports were based on comments from her lawyer, Saiful Malook, who has been granted temporary asylum in the Netherlands after facing death threats.

Asia Bibi's husband had said they were in danger and pleaded for asylum. A number of Western countries are understood to have held discussions with Asia Bibi's family about granting them asylum.

The mother-of-five was released from prison in the city of Multan on Wednesday and the foreign office says she is in "a safe place in Pakistan".

Also known as Asia Noreen, she was convicted in 2010 of insulting the Prophet Muhammad during a row with neighbours.

The Pakistani government has said it will start legal proceedings to prevent her going abroad after agreeing the measure to end the violent protests.

Many of the protesters were hardliners who support strong blasphemy laws and called for Asia Bibi to be hanged.

A spokesman for the hardline Tehreek-e-Labaik (TLP) party, which blocked roads in major cities for several days, said Asia Bibi's release was in breach of their deal with the government.

"The rulers have showed their dishonesty," TLP spokesman Ejaz Ashrafi told Reuters. Granted that the mobs of Pakistan are still baying for blood, but institutionally, the legal mechanisms have so far been activated unlike the anarchy and impunity that reigns in Nigeria. For any government to look the other way whilst gangsters feasts on innocent citizens is the clearest example of the breakdown of law and order and going by the standards established for determining legitimacy of government, it can be said that the absence of rule of law is the death penalty on good governance which is imperative in modern society.

A Nigerian scholar once stated as follows: “Good governance principle must adhere to the universal human rights declaration of 1948 which emphasizes; “Recognition, of the inherent dignity and equal and inalienable rights of all members of human family as the foundation of justice, freedom and peace in the world”.

"Human rights protection is central and strategic to good governance because its essence is to protect these rights. Any government that does not respect the inherent dignity of human person is not worthy to be. The subjects or the governed, hand over their sovereign rights to a person or group of persons, to protect and promote their rights generally. Governance is instituted to achieve this purpose. Any government that derides the freedom of the people is not worthy of existence.

Eziokwu (2004:41) notes that rights are fundamentally divided into two types. One is the positive right that is man-made rights as enshrined in the legal system and enforceable by the law. The other is the moral rights which do not necessarily exist as enforceable by law. It must be noted that for international convention on human rights to be enforceable or justiceable, at the municipal level of the political community, they must be ratified, domesticated and incorporated into the countries legal system," (From the book “Good Governance; Theory and Practice” by Samuel Anayochukwu Eziokwu).

The aforementioned are actually in operation passively or actively in Nigeria. By this i mean that Nigeria is a signatory to these international human rights laws and by virtue of the provisions scattered and codified in chapter 4 of the Nigerian Constitution, government is under legal obligations to promote, protect and enforce laws that safeguard the enjoyment of the fundamental human rights of citizens including the RIGHT TO LIFE. The Nigerian government must bring the killers of the Igbo Woman trader in Kano state to justice.