Uprooting the culture of hate, violence and domestic terrorism is our shared responsibility: 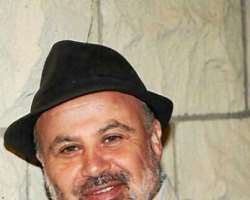 Anyone who follows the news realizes that we live in extraordinary times. We live in an era of toxic and divisive political rhetoric as well as acts of violence that include domestic and foreign- inspired terrorism. How did we arrive at this uncomfortable place? What can we do about it?

Recently, the bombs sent in the mail as well as the horrific massacre against Jewish Americans in Pittsburgh and the latest senseless mass shooting in California raised the alarm about the threat of domestically inspired hate, violence and terrorism.

We live in a polarized society. Every day we hear divisive rhetoric. Forces in American society that we felt were long defeated were discovered to have been dormant, waiting for the opportune time to make a comeback. And we find ourselves soul searching and asking the question: What went wrong?

In a democracy, there are disagreements over values and priorities. It is completely normal to disagree, to argue and to have heated conversations. But by the end of the day, our system is set up to encourage compromise, otherwise we have stagnation and gridlock. We are a diverse country and what unites us are our common American values- constitutionalism, respect for human rights and minority rights, and democracy. Rhetoric that stokes hate, fear and resentment upends the system. It might be politically expedient but the damage is lasting and, as we have seen, results can appear in the short term: the pipe bombs and the Pittsburgh Tree of Life Synagogue massacre as two examples of the fruit of the poisonous tree of hate.

We need to take a stand against hate and demonization of the other. All our institutions need to be part of the strategy of combating hate with a culture of civility and respect for the rights of every human being. We should all be like the bystanders who intervene when a stranger's rights or dignity are being violated. Not to be part of the solution is, by default or by design, to be part of the problem. We can do better. We have evolved into a better union, a better democracy and a more inclusive society through a struggle that put the human welfare front and center. Political expediency did not make the US a better country and it does not sustain a democracy.

It is time to speak up against hate and divisiveness- from wherever it emanates. Given the toxic political environment, is it a surprise that we have to deal with domestic terrorism? Domestic terrorism is not simply a law enforcement issue. It is a social and political problem. The cooperation with law enforcement agencies can better help us better cope with the threats and preempt challenges. However, it is better to deal with the root of the problem by standing up to hate and divisiveness- all of us can do that.

Imad Hamad is the executive director of the American Human Rights Council.