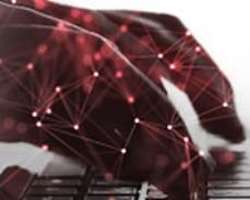 Monday 12th November – New findings are revealed today from an extensive BBC audience research project that has been carried out in Kenya, and Nigeria. The research is at the centre of BBC’s #BeyondFakeNews season – a huge new international anti-disinformation initiative which has just launched. It is the first published BBC study analysing the spread of fake news from the perspective of members of the public and using unprecedented access to their personal mobiles and chat apps. The research analyses how and why people are sharing ‘fake news’ on encrypted messaging apps and their closed social media networks. It will be used by the BBC to help in the search for solutions to help stop the sharing of damaging fake news.

What did the research reveal? :
· In Africa there is a high awareness of fake news and its consequences – people have a number of cues they look to for verification and recognise the responsibility and potential harm in sharing fake stories.

· Being first can be more important than being sure a story is accurate – sharing news is social currency these days. In Africa people are very concerned about not falling behind on the news- being seen as someone in the know and being the first to pass on a new story might mean verifying a story becomes less important than delivering breaking news to your social circle.

· Generation gap - There are signs young people in Kenya and Nigeria are now less focused on tribal and religious allegiances than the generations before them, and so are less likely to be driven by these identities when sharing fake news.

· Hopes and fears can influence sharing - fake news stories that get shared largely reflect national anxieties and aspirations, with scams related to money and technology contributing to an estimated third of fake news stories in WhatsApp conversations in Kenya. In Nigeria, stories relating to terrorism and the army are also widely shared within WhatsApp.

· Sharing to warn or update your social groups – people are sharing potentially untrue stories about important issues, in particular health, as they can feel duty bound to share breaking news: just in case it is true and could affect those in their networks. People also pass on news and updates that others cannot access – this can relate to more than current affairs and often includes warnings and topics on religion and education.

· What affects whether you are a sharer? – many things can affect someone’s tendency to share news. People may be cautious after having been duped before and they are also seen to care equally about the sender and the source of stories that they have received. In some cases even if they suspect the news to be untrue, people will still share a story if it is humorous or has potential entertainment value for their friends.

· Checking with chums – Across Kenya and Nigeria people use their friend groups and social media networks to check stories they are unsure about, expecting that someone will check the truth of the story for them and update the group as such. Checking a story with friends can be used instead of looking up legitimate news outlets and leads to fake news being unwittingly spread.

“At the heart of this research is the question of why ordinary people are sharing fake news, even while they claim to be worried about the way fake stories spread. This report combines in-depth qualitative and ethnographic techniques with digital network analysis and big data techniques to explore the fake news phenomenon in Kenya, and Nigeria from multiple angles. This project is one of the first in these countries to properly understand fake news as a technologically driven social phenomenon. I hope these findings will add nuance and depth to the conversation around fake news, and that researchers, analysts, and journalists will use the findings as a spur for further investigation.”

“From health scares to photoshopped pictures to food myths and false political stories, fake news exists in many forms in Africa. This one-of-a –kind research lets us look past people’s perceptions of what they are seeing and believing on a daily basis to what is really going on in their social media circles. We have found that each respondent taking part has sent or received fake news and the research helps us further understand all the reasons behind this. This research and the invaluable insights it offers are key to the BBC’s Beyond Fake News initiative which itself marks a decisive step in our commitment to tackling the spread of disinformation.”

This report comes on the same day as the BBC Beyond Fake News conference takes place in Nairobi, Kenya. Delegates will be discussing how vulnerable Africa is to misinformation - follow updates on the BBC News Africa Live page .

And follow the latest online stories for #BeyondFakeNews here: https://www.bbc.co.uk/news/world-africa-46138284