WHO, Borno State Government Reach -Out To 850, 000 Children, Women With Seasonal Malaria Chemotherapy 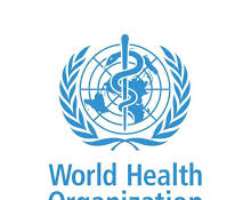 With more than 2 700 house to house volunteers across seven local government areas of Borno state, the 4th cycle of seasonal malaria chemoprevention campaign is reaching bout to 850,000 target groups of children and pregnant women.

WHO Health Emergency programmes manager, Dr. Collins Owili weekend in Maiduguri explained further that the seasonal malarial chemoprevention campaign was introduced in Borno state with a view to reducing high child morbidity and mortality rates in children under five in Borno state due to malaria.

He added that the campaign was aimed at reducing the burden of malaria especially among children 3-59 months who have been predisposed to mosquito bites in the crisis-torn Borno state.

WHO i which s supporting the Borno State Ministry of Health to reach out to more than 850 000 children between the age of 3 – 59 months with anti-malaria drugs in the concluding cycle of the campaign for 2018 has trained over Community House to House Workers for the 7 selected LGAs of Borno state, namely, MMC Jere, Mafa, Damboa, Konduga, Bama and Dikwa where Teams comprising of 3 members, a community leader,a supervisor and a drug administrator trained and provided with drugs to targeted households in each wards of the selected LGAs which were increases from 4 last year to 7 this year.

In response to high burden of malaria in north-east Nigeria, WHO initiated a seasonal malaria modelling exercise in 2017 aimed swiftly reducing the toll of malaria by saving 10 000 lives among children under five in Borno state,” Dr. Collins Owili, WHO Health Emergencies prgamme Manager said.

This exercise has proven to be effective and that is why we continued with another four cycles this year. It is hoped that lessons learned from the campaign in north-eastern Nigeria can be applied in other emergency settings across the world.

According to Dr. Ini Nglass, WHO focal person for malaria prevention in the north-east Nigeria, the 4th cycle is the last of the planned malaria campaign for Borno state this year.

“This is the last of the planned cycles of seasonal malaria chemoprevention for the year. Our volunteers are administering anti-malaria drugs but we haope to also distribute insecticide treated nets, another proven strategy for malaria prevention, next year. SMC is a WHO-recommended intervention for children under five living in the Sahel sub-region of Africa.

The use of this preventive strategy especially during the peak transmission period (rainy season) has been shown to reduce cases of severe malaria by about 75%.

While Mustapha Alkali, WHO, Focal Person, Mai Sandari Ward added that after the 3-4 days adminstration of the drugs to the children and pregnant women across the state, surveillance of the areas will be conducted to ascertain areas that news more or additional interventions on Malaria control and preventions by WHO.

Attesting to the effectiveness of the intervention, the Borno state Malaria Programme Manager, Mala Waziri, stated that the burden of malaria in the state has evidently reduced since the exercise was modelled in 2017.

“Although, we are yet to conduct an impact assessment of the seasonal malaria chemoprevention exercise in Borno state, it is evident that the intervention has helped to reduce the incidence of malaria in the household as less cases are reported in the clinics this year compared to previously.," Nglass said..