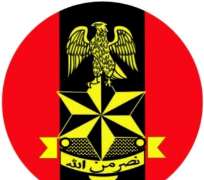 A statement Saturday issued by Brigadier General Texas Chukwu, the Director Army Public Relations said the posting that affected 103 officers including Majors and Captains is aimed at injecting new hands to further actualize the vision of the Chief of Army Staff, COAS), Lieutenant General Tukur Yusufu Buratai which is, "To have a professionally responsive Nigerian Army in the discharge of it's constitutional roles".

It Will be recalled that before this redeployment, the Chief of Army Staff had this week sent goodwill message to the troops congratulating them for their bravery, alertness and doggedness in the ongoing fight against Boko Haram Terrorists (BHTs).