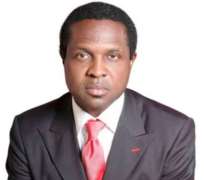 Cole's convoy, according to an eyewitness , Kelvin Mopho, reportedly knocked down two women named Mrs Enigheni Inyele and Mrs Idiami Umor, all from Emoh, in Abua Odual LGA of the state.

Mopho wrote on his social media page: “Today Is A Black Friday For The Okpeden Clan Ward 8 Of Abua Odual LGA As The Factional APC Governorship Candidate Tonye Cole Kills Two Women Named Mrs Enigheni Inyele And Mrs Idiami Umor All From Emoh, Due To Reckless Driving And Political Desperation As He Commenced His Campaign Tour In Rivers State.

Eye Witness Has It That People Of The Clan And Indeed Ward 8 Rejected Tonye Cole With His Entourage Which In Anger While Trying To Zoom Off From The Ward, The Two Innocent Friends Were Knocked Down By Tonye Cole And His Angry Entourage. The Two Corps Have Been Deposited At The Abua General Hospital As At The Time Of This Information…”

Meanwhile, The Nation reports that members of the sensitization team of the APC candidate have sympathized with the families of the two people killed by group's convoy in Abua/Odual community of the state yesterday.

According to the newspaper, the two women were reportedly killed by one of the security vehicles attached to the governorship hopeful enroute Abua/Odual Local Government area for Cole's familiarization tour of the LGA with one person seriously injured and hospitalised.

The report also cites the spokesman of the state police and, Nnamdi Omoni, a Deputy Suprindentent of Police(DSP), as confirming the incident.

He said that it was not in any way premeditated.
“I can confirm that one of the security vehicles in the convoy of the governorship candidate of the APC, Tonye Cole was involved in a fatal accident today(yesterday), on their way to Abua/Odual LGA and two persons were confirmed dead and their bodies have been deposited in the morgue.

“But I can assure you that what happened was nothing but an accident, and that it is not in any way premeditated.” he said.

The team in a statement on Friday regretted the unfortunate death of the indigenes and prayed God to grant the families and loved ones the fortitude to bear the loss. Sources close to the scene of the accident said the incident happened when the speeding convoy suddenly applied break, causing the vehicle to skid off the road and crash into the villagers where it killed the two persons instantly and injuring a motor-bike operator.