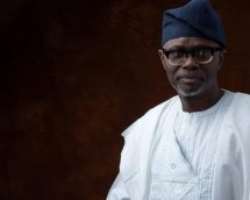 Twelve political parties which were previously listed among the 45 that allegedly adopted the candidacy of the of the gubernatorial candidate of the All Progressives Congress (APC) in Lagos state, Babajide Sanwo-Olu, have denied being part of the team of those who gave the adoption.

At a joint press conference in Lagos, the representatives of the 12 parties also urged the leadership of the APC, Lagos State Chapter to beware of people who impersonate as other parties state's chairmen.