How should Nigerian Leftists vote? 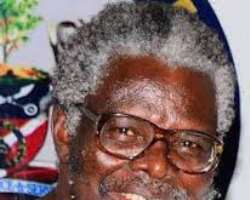 We begin with a proposition which may be framed this way: “The question as to how Nigerian Leftists should vote in the 2019 general elections will not arise if there are in existence, and participating in the elections, political parties that are serious, clearly Leftist, ideologically anti-capitalist and anti-imperialist and categorical on each of the burning questions before the Nigerian people, before the country, and before the nation”.

The proposition is enclosed in quotation marks—though it is new and comes from me—merely to indicate that it is fundamental at this critical point in Nigeria’s political history. My main references here are my published essays in the last 12 months on the need and the possibility of a resurgence of the Nigerian Left.

Our first task here is to try to explain some of the key terms of our proposition which, though loaded in form, is actually very simple and straight forward given the references I have just cited. This first task will be followed by an explanatory note on the proposition as a whole.

To appreciate what I mean by “seriousness” in the context of our discussion it is sufficient to look at the recently published lists of the country’s officially-recognised political parties and presidential candidates. Each list carries about 60 names. I describe most of these parties and candidates as “unserious” not because they are not committed to whatever causes they profess but because after “weighing” themselves against reality, they decided to ignore a host of modest, realistic, effective and rewarding modes and forms of electoral struggle and chose to dissipate their energy in forming legally-registerable political parties and presenting their own candidates for the coming presidential, legislative and governorship contests. If this position is correct in general, it is more correct for Leftist formations that desire not just a change of government but a change of social order.

There are three other terms that require explanatory notes: ideological condition of being “clearly Leftist”; concreteness, definitiveness and clarity of manifesto; and “ideologically anti-capitalist and anti-imperialist”. The first can be summarized as commitment to the massive redeployment and redistribution of the nation’s resources to the working and toiling masses, the poor and the “rejects of life”; the second is “the people’s manifesto” which has been one of the central elements of my campaign and has virtually been presented in my published essays of the past 12 months; and the third is the requirement that the general character, proclamation and “body language”— if not programme content—of political Leftism in Nigeria of 2018 should be anti-capitalist and anti-imperialist.

With this extensive “glossary” at the back of our minds what our central proposition is saying may be broken down as follows: If there are, in existence, Leftist formations which satisfy the elementary general conditions that are embodied in the proposition, we ought to simply urge Nigerian Leftists to vote for them and their candidates where practically possible. If there are more than one formation in this category competing for a particular position, then Leftists should apply further (revolutionary) criteria to make a choice.

If, however, there is no Leftist formation satisfying the elementary general condition—which means that Nigerian Leftists and the popular masses are facing non-Leftist parties of varying sizes, strengths and colorations—Leftists may apply the two age-long dialectical criteria of choice which may here be framed as questions: Under what possible regime will the Nigerian Left be most able to grow stronger as an independent movement? And under what possible regime will the popular masses achieve wider and deeper freedoms and greater material and spiritual well-being?

For the avoidance of doubt, and for emphasis, the second criterion may be broken down into: One: Massive redeployment and redistribution of resources to the popular masses in a way that leads to rapid, radical, substantial and measurable amelioration of the present harsh conditions under which the popular masses live and reproduce their lives. Two: Introduction of a new structure of power and governance which will enhance people’s power and popular democracy. This new structure is conceived by factions of the ruling class as fiscal federalism, devolution of power or geopolitical restructuring. But I have conceived and presented it as “restructuring under popular democracy” or “popular-democratic restructuring.” Three: Democratization of the state. (Here it is important to note that what we are employing is the language of “electoral struggle” and not that of “call to arms”!).

The attributes which we have, in this piece, prescribed to Nigerian Leftists as minimum general conditions for the adoption of a political party for voting purposes are abstractions from elements of a draft platform (people’s manifesto) which we had earlier—in a series of published essays over the last 12 months—prescribed for the establishment of a strongly-rooted and substantial organization of the Nigerian Left, or a Leftist “organization of a new type”.

The main difference is that we are not, and should not be imposing, too rigorous conditions on the strategy, tactics, methods and internal regime of a political party if we are only considering it for voting purposes and not for membership. It is because this new organization of the Left—signaling a resurgence—has not emerged that we are proposing conditions for adopting (existing) Leftist or non-Leftist parties for voting purposes. When the organization of our expectation emerges the debate of what parties to adopt or vote for ceases and direct struggle for power genuinely begins.

In an essay entitled In this 20th year of “democracy” and published on June 13, 2018, I proposed a scenario for the emergence of a Leftist “organization of a new type.” I re-present the relevant segment: “A small ad-hoc group of Nigerian Leftists—from the ranks of revolutionary Marxists—should volunteer and select themselves and assume the revolutionary responsibility of convening an all-Nigeria “unity meeting” of Leftists (Marxists, socialists and radical democrats). The ad-hoc group should present the following to the meeting: a draft people’s manifesto, a draft memorandum on participation in electoral politics, a draft newsletter, a provisional coordinating and documentation centre, a draft “unifying name” and a draft programme and structure”. Every other thing will follow from that meeting.

In the absence of this “organization of a new type”, how do we advise the masses (that is, beyond hard-core Leftists) as the campaigns begin? In the first place, political sense dictates that we advise and encourage the masses to exercise their right to vote. In the second place, the irreducible need for political consistency and credibility dictates that we popularize the conditions we have prescribed to the Leftists. But in doing this we also need to reduce the insistence. For the masses are not being mobilized for a national examination or war of survival! The range of choices before the masses—in the absence of Leftist intervention—eloquently says so. Only for Leftists is it imperative to apprehend the possible dynamics of the current situation in the country. And this situation goes beyond campaigns for the 2019 elections.

To conclude: In my piece, Differences in the Nigerian Left of October 4, 2018, I acknowledged that major and minor differences do exist and have existed for long in the movement. This is an objective fact of history. I also know that a new organization of the Nigerian Left which hopefully will emerge on the platform we have been articulating will not embrace all tendencies and all formations in the movement. The hope, however, is that if the resurgence project is pursued with seriousness, honesty and dedication, the emerging formation will pull together most of the virile and truly Leftist formations and individuals in the Nigerian Left. Only then will the struggle enter a new phase.