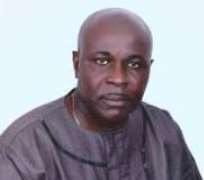 The recent report that two global banks – HSBC and UBS- have closed shops in the country should be a source of concern to well meaning Nigerians. Though no reasons were given for their decision to leave the country, it could be assumed that the banks no longer see the country as good for business. It should be recalled that the HSBC in its research note of July 18 2018 had argued that a second term for President Muhammadu Buhari “raises the risk of limited economic progress and further fiscal deterioration, prolonging the stagnation of his first term, particularly if there is no move towards completing reform of the exchange rate system or fiscal adjustments that diversify government revenues away from oil.” The bank was aggressively attacked by some of the government’s aides, with some regurgitating the usual refrain of ‘corruption fighting back’. Some argued that the banks’ closure of shops is indeed evidence that Buhari’s fight against corruption is working, and accused them of leaving because the avenues for money laundering, which the banks were accused of facilitating, had been plugged. I am sure that many people can do better than this sort of ‘feel good theories’. Let us not forget that within Buhari’s first year in office, several leading portfolio investors including Aberdeen Asset Management Plc and Ashmore Group Plc, which together oversaw about $450 billion of assets, retreated from Nigerian markets. The simplistic explanation at that time was that these were not ‘real investors’ that invested in the real economy but fair weather investors who were out for the sort of easy money that were said to have been stopped by Buhari. Of course not all of the blame for why the foreign investors are leaving the country can be blamed on the Buhari government: there are issues with weakening oil prices (until recently) which the government has no control of. But there are equally unhelpful macroeconomic issues and poor appreciation that the few remaining foreign investors should be cuddled.

This brings me to the issue of Nigeria’s relations with MTN – the leading telecoms company in the country, which I believe the government could have managed differently. It should be recalled that when in 2013 MTN syndicated a loan deal of $3bn involving 17 Nigerian and seven foreign banks, watchers of the ICT and telecoms sector were delighted and generally saw the South African company as a positive force in the Nigerian economy. However shortly after the Buhari government came to power, the fortunes of the company began to change for the worse: just a few months after the new government came to power, the Nigerian Communications Commission (NCC) slammed a hefty $5.2bn fine (about N1.04trn at the time) against the company for failing to deactivate 5.1 million unregistered SIM cards. The government later reduced the amount to N780 billion after the first round of negotiations. The MTN sued the NCC but in February 2016, it withdrew its suit after reportedly paying N50bn in out- of- court settlement. Again in August this year, the Central Bank of Nigeria reportedly asked the same MTN to bring back to the country the sum of $8.1bn, being part of the profits the South African telecoms company reportedly sent abroad. In September 2018 - barely a month after - the Attorney General of the Federation, Mr. Abubakar Malami, asked the company to pay $2 billion in tax arrears covering the period from 2007 and 2015. While foreign companies operating in the country must be made to obey the country’s laws and meet their tax obligations to the country, I feel that care should also be taken not to give the impression that the country is behaving like blackmailers, who will continue to demand for more ransoms once the initial one is paid or that it is trying to use the company to meet its budgetary shortfalls. More importantly there are wider implications of Nigeria’s relationship with the MTN and other foreign investors which the government should be very sensitive about:

One, the competition for foreign direct investments (FDI) is fiercer now than it was a few years ago when Africa was seen as the new frontier. For instance according to UNCTAD’s World Investment Report 2018, FDI flows to Africa slumped by 21 per cent in 2017 from its level in 2016 to $42bn, with four of the five major hosts of FDI in the continent (Egypt, Ethiopia, Ghana, Nigeria) recording declines over the previous year’s level while only Morocco recorded an increase, a 22.9 per cent increase to $2.7bn. Nigeria was by far the worst performer during this period. For instance while Egypt which has the largest FDI in Africa declined by 7.7 per cent to $7.4bn, Ethiopia’s inflows declined by 10.1 per cent to $3.5bn while Ghana’s declined by 6.6 per cent to $3.3bn. In contrast FDI to Nigeria declined by a whopping 21.3 per cent to $3.3bn during the period. As if this is not enough, the Central Bank of Nigeria revealed recently that FDI inflows into the country fell sharply to N379.84bn ($1.2bn) in the first half of the year from N532.63bn ($1.7bn) a year earlier.

The above calls for a different attitude towards foreign companies that remain in the country while ensuring that the country’s policies, including the way we relate with foreign investors already in the country, do not discourage others from coming in. Again this must not be misconstrued to mean that the foreign investors should be made to be above the laws of the land. The point is that there is no point for government officials to junket around the world ostensibly to attract foreign investments when they are not able to retain those operating in the country.

Two, it must be realized that no matter how the foreign investors couch their objectives in the country, they are principally business concerns here to make and repatriate profit. It is unhelpful if we use them as foci for mobilizing nationalistic sentiments. Imposing penalties that are more than double the country’s annual budget or FDIs – even if justified – will always come across as punitive. It is important that the country avoids giving the impression that the same suspicion that the Buhari government seems to have of wealthy Nigerians is being extended to foreign companies who make a lot of money in the country. Punishments, when needed, ought to be preceded by a good PR so that it becomes clear to everyone, including other foreign investors (and potential foreign investors) that the affected company is truly guilty of the alleged crime or that the punishment is proportionate to the crime of the company. It must also be clear to all that the company being punished has repeatedly failed to take the government’s offer to make amends.

Three, with the government in dire economic straits and borrowing left and right (and even talking of selling off national assets to fund the 2018 budget), perhaps it may be time for it to re-visit its so-called War Against Corruption and figure out how much of the ‘war’ is contributing to its economic distress. I have repeatedly argued that the War Against Corruption in the country (by all the successive regimes, not just the Buhari government) is a charade and that there is a need to consider conditional amnesty to those being accused of various forms of corruption charges.. The government needs money to reflate the economy, and behaving as if it is the only angel in the land of sinners is unhelpful. It is also unhelpful to believe that anyone of wealth must somehow have stolen money. Though such logic may appeal to the ‘lumpen proletariat’ baying for the blood of their assumed ethnic, regional and class enemies, it ultimately complicates the government’s economic woes.

Four, the way the government moves against the MTN has similar echoes to the way various levels of governments in most states of the federation move against local businesses, including start-ups. In the maddening rush to increase the internally generated revenues (IGRs) of cash strapped governments, businesses are being stifled and stunted with multiple and punitive levies and taxes. And yet they are expected to thrive!

Five, Nigerians need to re-assess their swagger and false assumptions that they are from a rich oil producing country and do not care if foreign investors leave. The truth is that our per capita income (national income divided by our population) does not indicate we are rich. Even our annual national budget is less than the budgets of medium sized multinational companies or the annual budgets of the equivalent of Local Government Areas in several countries including the USA, Germany and the UK. This is not meant to deflate our oversized egos but to give us a sense of proportion and reality.