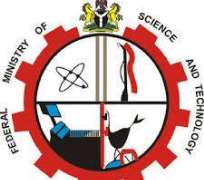 LAGOS, Monday, November 5, 2018: Media Rights Agenda (MRA) today inducted the Federal Ministry of CommunicationTechnology into its “Freedom of Information (FOI) Hall of Shame”, accusing the Ministry of extremely poor performance in its implementation of the Act over the last seven years.

MRA’s Programme Officer, Mr. Idowu Adewale, announced the selection of the Ministry as this week’s inductee in a statement issued in Lagos, saying “the Ministry’s overall performance in the implementation of the FOI Act since the enactment of the Law in 2011 has been extremely poor and certainly falls far short of what is required of public institutions covered by the Act”.

According to Mr. Adewale, MRA’s analysis of the Attorney-General of the Federation’s annual statutory reports to the National Assembly on the implementation of the FOI Act between 2011 and 2017, shows that out of the seven annual reports which the Ministry ought to have submitted to the Attorney-General under Section 29 of the Act as of February 1, 2018, the Ministry has only submitted one report for 2011 to date.

The Ministry, established in 2011, is charged, amongst other things, with the tasks of fostering a knowledge-based economy and information society in Nigeria; facilitating ICT as a key tool in the transformation agenda for Nigeria in the areas of job creation, economic growth and transparency of governance as well as creating and formulating policies that will propel the Nigerian economy to a digitized economy.

Explaining the reasons for the Ministry’s induction, Mr. Adewale said the institution was assessed based on its level of compliance with its duties and obligations in five areas of the FOI Act and the Attorney-General’s Guidelines on the Implementation of the Act, which are: its obligation to provide information to members of the public on request, its duty to submit annual implementation reports to the Attorney-General of the Federation, its proactive publications obligations; its duty to train its staff and officials on the public’s right of access to information as well as its obligation to designate an FOI Desk Officer and proactively publish the title and address of the official.

Mr. Adewale accused the Ministry of breaching section 2 of the FOI Act, which requires all public institutions to proactively publish some categories of information even without anyone making any request for such information as well as to update such information regularly and whenever changes occur.

Explaining the potential benefits of the Ministry complying with its proactive disclosure obligations, he stressed that if it fulfils this obligation, it would find that the pressure on it arising from receiving and having to process too many FOI requests would be considerably reduced.

He accused the Ministry of not having published either on any its website, or anywhere else, the 16 categories of information that it is required by the Act to publish and disseminate widely to members of the public through various means, including print, electronic and online.

According to him, although Section 13 of the FOI Act requires every government or public institution to ensure the provision of appropriate training for its officials on the public’s right of access to the information and records that it holds for the effective implementation of the Act, these there is no indication that the Ministry has fulfilled this obligation as there is no information available about its training of its staff on the Act.

On the Ministry’s obligation to designate an FOI Desk Officer, Mr. Adewale said although the Database of FOI Desk Officers available at the Federal Ministry of Justice, which is the oversight institution for the implementation of the FOI Act, shows that the Ministry has designated an official to whom requests for information should be made, the Ministry itself has failed to publish the title and address of the officer on its website or anywhere else, as required by Section 2(3)(f) of the Act.

He urged, the Ministry to make good use of its website to proactively publish those categories of information which the Act requires all public institutions to proactively disclose, adding that by so doing, the Ministry would not only put itself in a good stead as regards the implementation of the FOI Act, but would also lessen the burden of repeatedly processing individual requests for information from citizens touching on those issues.

Mr. Adewale called upon the Minister of Communication Technology, Mr. Adebayo Shittu, to take urgent steps to ensure the provision of appropriate training for the staff and officials of the Ministry so as to acquaint them with their duties and obligations under the FOI Act, which would hopefully lead to improved compliance with and implementation of the Act by the Ministry.

Launched in July 2017, the FOI “Hall of Shame” highlights public officials and institutions that are undermining the effectiveness of the FOI Act through their actions, inactions, utterances, and decisions.