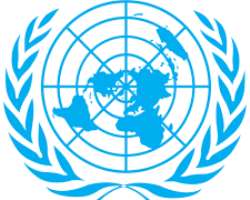 UN OCHA also said that the humanitarian crisis in the Nigeria’s north-east which has spilled over to the Lake Chad region is one of the most severe in the world today, with 7.7 million people in need of humanitarian aid.

The UN Office for the Coordination of Humanitarian Affairs, OCHA Humanitarian Aid Weekend in statement also said that hundreds of people have been forced to flee their homes by violence in the Nigeria’s troubled north-east once again after deadly attacks in and around their communities and IDPs campus where they were sheltering.

“In the attacks the armed group killed at least eight and injured dozens more, kidnapped women and burned and looted homes, shelters and food stocks,”

Mr. Laerke further explained that the attack happened two days ago at a Government-run facility a few kilometres from Borno state capital Maiduguri, and on communities close to the village of Dalori.

T"he camp is home to 12,600 people who fled clashes in recent months, the UN official said – a reference to fighting between Government forces and violent extremists that have claimed 29,000 lives since 2009 and contributed to one of the world’s worst humanitarian crises.

“This attack happened late Wednesday night.
“We know, the information that I have, is that hundreds were displaced as a result. Where they are right now this morning I don’t have specific information about that," Laerke said.

Reiterating condemnation of the incident by the UN Humanitarian Coordinator in Nigeria, Edward Kallon, the OCHA spokesperson repeated his appeal for authorities to ensure the safety of vulnerable communities.

“It really is a blanket call to beef up security for civilians in Borno and also the other two states, but particularly Borno,” Mr Laerke said. “It’s really the epicentre of this displacement and humanitarian crisis," Laerke said.

Dalori village, which is closest to the camp that was attacked earlier this week, was almost totally burned to the ground during an attack in January 2016 that killed more than 100 people.

There are another eight camps for internally displaced people nearby.

The number of civilians displaced in the region is estimated to be 1.8 million. More than sixty per cent of these vulnerable people live outside Government-run camps and most stay in Maiduguri.

“The humanitarian crisis in Nigeria’s North-East that has spilled over into the Lake Chad region is one of the most severe in the world today, with 7.7 million people in need of humanitarian assistance in the worst affected states of Borno, Adamawa and Yobe this year,” Laerke said.