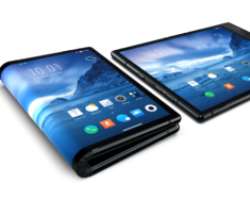 The world's first foldable smartphone has been put on sale by a California start-up, beating companies such as Samsung to the punch.

Royole, a specialist in flexible screens, unveiled the “FlexPai” phone at an event in Beijing. It says it will start shipping the device, a combination between a smartphone and a tablet, in December.

Flexible displays allow large-screened phones that can fold up to fit in a pocket. As displays have got bigger in recent years, consumers have had to sacrifice portability, and bendy screens are seen as a possible solution.

They have been an ambition for many large smartphone makers but companies have struggled to ensure the screens are of sufficient quality and affordable enough to appeal to consumers.

Samsung, which first unveiled a prototype flexible phone in 2008 , has said it plans to unveil a foldable handset by the end of the year, and is expected to show off its efforts at an event next week. Apple has filed patents for its own flexible displays, while LG is expected to unveil its own in the coming months.

Royole, which was founded by Stanford University graduates in 2012, says it has developed a lightweight and unbreakable screen. Its other products include T-shirts and top hats with screens wrapped around them.

The FlexPai phone runs on a version of Google's Android operating system customised for foldable screens. It will cost between 8,999 and 12,999 yuan (£1,000-£1,450) depending on technical specifications.

The phone's screen measures 7.8 inches from corner-to-corner, but when folded in half, its software adjusts to display all its information on one half of the screen. Royole said its display could be folded more than 200,000 times before it was likely to break.

Royole's investors include the Boston-based venture capital firm IDG Capital and Shenzhen Capital Group, which was founded by the Chinese city's government.