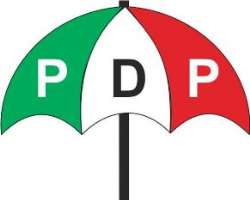 Babura told the News Agency of Nigeria (NAN) in Dutse on Thursday that he has also dumped the party.

According to him, he left the PDP out of his personal desire.

He, however, noted that he is consulting with his supporters on the next line of action.

Babura thanked the entire members of his former party for the support and cooperation he received from them.

“I wish to also to appeal to all those that I have offended directly or indirectly to forgive me,” he said.