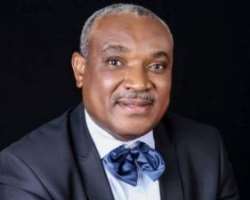 The Special Presidential Investigative Panel on the Recovery of Public Property has decried the non-declaration of assets by some prominent Nigerians, saying they had no justification for it.

Director of Operations in the panel, Mr Tahir Usman, made the remark while briefing newsmen on the activities of the panel on Wednesday in Abuja.

The panel was set up in 2017 by the present administration to investigate persons allegedly involved in corrupt practices.

Usman disclosed that some of the personalities in that category, whose cases were presented before the panel included Deputy President of the Senate, Chief Ike Ekweremadu, Senators Albert Akpan, Peter Nwaboshi and Hope Uzodinma.

According to him, the public officers could not justify the acquisition of some of their asset.

The director explained that when public officers failed to declare their assets, they were usually invited and given an asset declaration form to complete, according to the law.

“The person is given 30 days to fill and submit such form.

“If they fail to fill the form within the period, we charge them to court for non-declaration.

“On the other hand, when they fill the form, we cross-check with Code of Conduct Bureau (CCB) to see if these assets we are investigating have not declared in their assets declaration form with the CCB.

“We have to cross-check first. If we find out they have not declared, then we will charge them also for non-declaration of those particular assets.

“We now inform the court of the existence of these assets belonging to these public officers and with time, we seek confiscation and then we return it to the Federal Government,” he said.

He disclosed that some agencies had written the panel to help them in getting back some of their property taken by public officers.