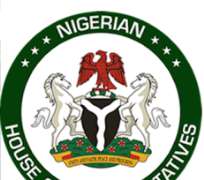 There were strong indications on Monday that more All Progressives Congress members of the House of Representatives might leave the party as the raging crisis over the loss of return tickets for 2019 deepened.

Findings showed that about 36 more aggrieved members could leave the party next week.

Recall that up to 70 members had protested their loss of return tickets after the party’s primary election to its appeal panel.

Incidentally, the panel was said to have resolved only eight of the cases in favour of the petitioners, leaving the majority of 62 out of the equation.

On Wednesday last week, a member from Kaduna State, Mr Musa Soba, resigned from the APC on the floor of the House in Abuja to cap his protest against alleged “injustice.”

He had also disclosed that the members, after a series of meetings, had resolved to start defecting or resigning from the party in batches.

When contacted on Monday, Soba confirmed to The PUNCH that about 36 aggrieved members would be in the next batch to leave the APC.

He added that more members would leave before November 17.

Soba stated, “About 36 more members will follow next week.

“Others will also exit before the 17th of November.”

The Majority Leader of the House and leader of the APC caucus, Mr Femi Gbajabiamila, in a quick reaction on Monday, told The PUNCH that there were “genuine” and “not so genuine” cases, which would ultimately be resolved by the APC.

Gbajabiamila gave details, “These things are normal during election cycles when people feel short-changed. It has happened across all parties and it is how it is handled that matters.

“Some have genuine cases and some not so genuine. However, I know many of the members who might have lost out during the primaries and I believe over time when the dust settles, their issues will be resolved one way or another.

“I know them to be fierce party loyalists, who will remain true to the party. Of that, I am confident.”

The defection plans are on in spite of the ongoing efforts by President Muhammadu Buhari to resolve the disputes in the party.

Three weeks ago, he had summoned the aggrieved lawmakers to the Aso Rock Presidential Villa, just days to the submission of the final list of candidates to the Independent National Electoral Commission.

The PUNCH learnt that the President called the meeting after he heard the threats by the members to defect from the APC and work against the party during the 2019 polls.

However, one aggrieved member informed The PUNCH that the presidential intervention did not yield any positive results “in our favour because, at the end of the day, most of our members still didn’t get their tickets.”

The source stated that any meeting that would not resolve the issue of the return ticket in their favour was a “waste of time.”

The source spoke further, “There is still the last window for the substitution of the names of candidates before expiration in December.

“We were encouraged to work for the party, to support it and we did. But, see how things have turned out.

“The party has been unable to keep the promise of giving us automatic tickets.”