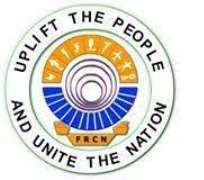 LAGOS, Monday, October 29, 2018: Media Rights Agenda (MRA) today inducted the Federal Radio Corporation of Nigeria (FRCN) into its Freedom of Information (FOI) “Hall of Shame”, saying the institution’s sundry violations of the provisions of the FOI Act also amount to a breach of its primary mandate to make news and information available to the public.

In a statement in Lagos, Ms Morisola Alaba, a Legal Officer at MRA, said: “It is always disheartening when a public institution established and funded primarily to facilitate the free flow of information within the society, particularly between the government and citizens, is found to be inhibiting or constraining access to information by citizens, especially when it does so in clear violation of the express provisions of the Law. We are gravely disappointed that the FRCN, which ought to leverage every available legal and institutional framework to fulfil its mandate of making news and information more freely available to the public, is so blatantly flouting the provisions of a piece of legislation enacted for precisely the same purpose.”

The corporation is Nigeria's publicly funded national radio broadcasting organization with a subsidiary domestic radio network known as Radio Nigeria having FM stations across the 36 states of the country as well as zonal stations in the six geo-political zones. It has the responsibility of planning, regulating and coordinating the activities of all the stations and the entire federal radio broadcasting system in the country.

Noting that the FRCN had apparently decided to operate in secrecy, Ms Alaba said since the enactment of the FOI Act in 2011, the institution had submitted only one out of the seven annual reports that it ought to have submitted to the Attorney-General of the Federation on its implementation of the Act as at February 1, 2018, as provided by Section 29(1) of the Act.

She contended that besides being a breach of the provisions of the Act in itself, the corporation’s failure to submit its annual report to the Attorney General of the Federation for the other six years had made it virtually impossible to determine the number of applications for access to information that it has received for each year and in total as well as the number of such applications that it processed and granted since these details ought to have been provided in the annual reports.

According to Ms Alaba, despite the significant tasks that the FRCN is saddled with, the corporation has failed to fulfil its proactive publications obligations as there is no record or information on its website or on any other publicly accessible platform about its activities, operations and businesses, which it is required by section 2(1) of the Act to disclose to the public.

She stated that out of the 16 categories of information that the FRCN is obliged to proactively publish as mandated by the Act, the corporation has only complied with respect to one of them, which is the designation of an FOI Desk Officer, as required by section 2(3) (f) of the FOI Act.

Ms Alaba noted that the corporation has not proactively disclosed the names, salaries, titles and dates of employment of all its employees, as required by section 2 (3) (d) (vi) of the Act; nor has it disclosed information on documents containing final planning policies and decisions; as well as information relating to the receipt or expenditure of public or other funds of the institution, thereby violating section 2 (3) (iii) and (v) of the Act, among others.

Although she commended the FRCN for designating an FOI Desk Officer, she said its failure to fulfil its other proactive publications obligations was putting the effective implementation of the FOI Act in jeopardy because the proactive disclosure of most of the information listed in the Act helps to facilitate the exercise of the right of access to information for the public because, among other benefits, it enables members of the public seeking information to know what information each public institution holds and, therefore, which institution they should approach for any specific information that they are interested in.

Ms Alaba said there was also no indication that the corporation has provided appropriate training for its officials on the public’s right of access to information held by it as well as on the effective implementation of the Act, as required by Section 13 of the Act.

Launched in July 2017, the FOI “Hall of Shame” highlights public officials and institutions that are undermining the effectiveness of the FOI Act through their actions, inactions, utterances, and decisions.