Government  by ambuscade and insubordination 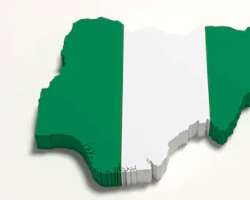 I have been around long enough to observe how our affairs have been managed in the past few decades. Each ruler(surely, we have not had leaders) has an operational philosophy, to which everybody keys in. Muritala Mohammed was government by action; or talk and do, according to one man in my village . During Obasanjo’s first coming, it was a government of figurehead, because fearing what happened to his boss, he left ShehuYaradua,incharge. In his second coming, it was government of do or dieand democracy without democratic ethos. During General Buhari’s first tenure ,itwas governance by terror and retroactive decrees. For IBB, it was government by settlement and forAbacha, Government by taciturnity. IBB and Abacha also ran government by secret dossiers, in which people with contrary spirits were confronted with implicating documents and then asked to do the right thing. For Abubakar, it was a Government of chop-and-clean mouth and for UmaruYaradua, it was neither here nor there, though he laid the foundations of political integrity. Jonathan, ran a government of appeasement and without bitterness.

In this second coming of PMB,it has been government by body language,political mathematics( 5% votes yielding 5% dividends), nepotism, phariseesm and most important, government by ambuscade and insubordination. In terms of ambuscade, this government ambushes anybody who falls out of favour or who crosses the red-line. Thus in 2015, Atiku led the rebel governors, birthed the nPDP, campaigned for PMB and all was well. But as soon as he saw the light and redirected his steps to PDP, he became the most corrupt Nigerian, dead or alive. It even started before now because once his political signals became clearer and that was whenhis company was accused of tax evasion, its pilotage arrangement with the NPA was cancelled and the residence permit of some of the staff were withdrawn. Orthom, who succeded Sam Mbakwe as a weeping governor, suffered a similar fate as his canonization was withdrawn once he parted ways with APC. Obanikoro gavestolen property to Ayo Fayose, for which the EFCC sought him with a vigour that extended to his family. Then, he saw the light, retraced his steps and now, he that received the money is a witness against his friend turned fiend, Fayose. If Fayose received stolen goods, how about the known person from who he received the goods?( me, I no know law!). Interestingly, Obanikoro and Omisore( the Osun match-maker)have just retrieved their passports from EFCC.The ambuscade is not just an Abuja affair; all the satellite campuses of Abuja are also involved. Thus immediately Emir Sanusi’s talkativeness got out of hand, Kano state started investigating the emirate finances( and fearing a recurrence of what happened to his grandfather, he soft pedaled); the Olubadan faced a threat of deposition once the chieftaincy brouhaha started; Jibrin was suspended once he started singing padding, padding like a parrot and when Senator Misau accused the Inspector General of Police of some unholy practices, 1001 charges were filed against him by the Government and suddenly, the police authorities suddenly remembered that he was on AWOL from the police force

But where the present government has scored a distinction is in governance by insubordination. This is a situation in which a subordinate would look the superior in the face and tell him or her to go to hell and the government will support such a subordinate directly or via the infamous body language. And the case of Prof Usman of the National Health Insurance Scheme, is the star in this matter. The NHIS governing board announced his indefinite suspension on Thursday, 18/10/18 but the fellow ignored the meddlesome board and continued going to work, accusing the board of ignorance of the rules, as only the president could suspend him, an act which the board refers to as hiding under the cover of the presidency. On Monday(23/10/18), he upped the ante, by triumphantly marching into the NHIS, led by a battalion of policemen ( The police authorities as usual declared that it was an accidental operation, as they never assigned the policemen to him). He had been suspended earlier by the Minister of Health( 2017) and he defied the Ministers order, giving 5 reasons why he was above suspension by a mere minister and he was supported by the presidency. This time around, the government has intervened, with a view to finding a lasting solution, though the government spokesman has openly asked whether the board followed due process and admonished no body in particular on the need to do the right thing always! The young man engaged the Minister in a battle of supremacy and won and now the board will soon kiss the dust.

The NHIS affair compares favourably with the NNPC fiasco in which KantiBaru( GMD, NNPC), openly defied his ‘employer’, the Minister of State(MOS) for Petroleum and NNPC Chairman, IbeKachikwu. The MOS had cried foul that contracts worth $25bn( circa, N9trn,)were awarded unilaterally by Baru, whom he also accused of gross insubordination, sidelining the boardand torpedoing his reforms. The amount in question was more than the 2017 Nigerian budget and about 1000% of the famed Dasuki loot.The GMD fired back that he got presidential approval( at a time PMB was in medical detention and handed over to VP!) that the MOS was ignorant of the rules and that in any case, he ( MOS) also recommended nine of the firms( ambuscade) and in effect, thathis claims were fabricated. Then, the story got messier when the VP, Pastor Osinbajoadmitted that he approved some of the contracts, denied signing any contracts though he approved some loans and finally declared that the contracts were a figment of Kachikwu’simagination. Eventually, the big masquerade, and Minister of Petroleum , President Buhari ordered the bickering parties( MOS & GMD are at the same level) to shut up! Eventhe MOS started speaking in tongues, stressing that the letter was merely a normal procedural correspondence to the president. Of course, the matter was a still-birth and there were reports that IbeKachikwu later presented some of these contracts for FEC (retroactive?) approval. May be, that was the terms of the ‘out of court’ settlement.

There have been other embarrassing acts of insubordination . The Inspector General of Police refused to relocate to Benue State as ordered by the President, refused to respond to the invitation by the Senate ( just like his customs counterpart), telling them he owed them no apology and has been accused of disregarding the guidelines of the Police Service Commission. The PAC(Permanent Acting Chairman) of EFCC has defied his boss and AGF, AbubakarMalami, refusing to report to him as par the EFCC guidelines, just as he has continued to stay in office despite his non-confirmation by the senate. It was the same matter withthe Chairman of the Presidential Special Panel on the Recovery of Public Property, Obono-Obla, who was suspended by the presidency are retorted: I am going nowhere! Similarly. Of course, Abubakarmagaji, a mere permanent secretary had the gots to address his boss and Head of Service, Mrs Oyo-Ita as that person, in the full glare of the global audience during the NASS inquest into the Maina Saga (By the way, what happened to Maina? Has all things become anew for him?).

Surprisingly, the ‘presidency’has been involved in all these cases of insubordination. How can a government sabotage itself?