AHRC is concerned with reports of explosive mail packages sent to American Democratic Party figures and to CNN: 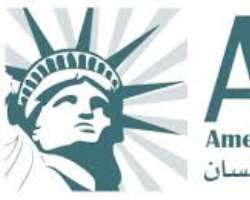 The American Human Rights Council (AHRC-USA) joins the nation in condemning the attempt at harming American political figures and CNN by sending them pipe bombs in the mail.

These domestic terrorism attempts serve as an important indicator that the toxic political environment and the charged rhetoric that comes from politicians does have consequences. The politics of demonizing the other is bound to create a culture of hate that breeds violence. AHRC salutes the US postal services and law enforcement authorities for their vigilance that spared the country the loss of innocent lives.

"It is normal in any country to have people disagree about politics and to do so strongly," said Imad Hamad. "However, it is completely another to demonize the other and engage in hateful divisive rhetoric that makes citizens see each other as enemies," added Hamad. "People can disagree without being disagreeable," concluded Hamad.