Ilesa Grammar School 1971 Set Vows To Get Back Their School. 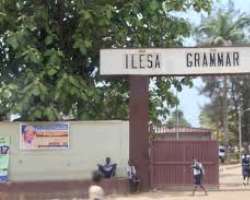 The members of Ilesa Grammar School Alumni Association, 1971 Set, have met to review the status of their Alma Mata and discussed ways to revive the glory and preeminence of their heritage.

In a two day retreat which took place in various venues in Ilesa City, the 1971 set anchored by their President, Tony Kayode Adejuyigbe, the focus was how to rescue Ilesa Grammar School from what the National Secretary of the Alumni Association, Mr. Jide Abiola described as "the anomaly inflicted on our great school."

The retreat which took place partly in Ilesa Grammar School, Ilesa, also spilled over to some other special venues at the residences of Mr. Akin Ajayi - Obe, who gave them "Muke Breakfast," and Tola Adeogba who hosted his classmates to a dinner.

At the retreat in Ilesa Grammar School, Ilesa, the members of the 1971 set went around the school premises to inspect the assets that were wasting away which included the Legacy Building, that has a reputation for having 18' thick walls; a newly completed School Clinic built by another set now abandoned, and the Physics, Chemistry and Biology Laboratories.

The equipment in the laboratories and the chemicals were reportedly "carted away" on the instructions of Gov. Rauf Aregbesola's Ministry of Education to Ilesa Government High School.

Other abandoned assets in the School inspected included an imposing Rev. Lahanmi Memorial Library,. There was also the Lateef Kayode Jakande set of classrooms built by the 2005 Set among other several sets of classrooms that dotted the school.

The 1971 set members lamented the demolition of the Sunny Okogwu building and the fence used to demarcate the school away from the Government High School erected by Gov. Aregbesola's administration on the grounds of Ilesa Grammar School

While addressing the 1971 set in the equally abandoned School Hall, Mr. Jide Abiola noted that the 1971 set was "among the most viable Alumni Associations" and that the members should keep this up.

He informed the gathering that there was still a case in Court to challenge the decision of the Osun State Government on Ilesa Grammar School, adding, "We must and we will get our school back."

Mr. Abiola explained that apart from the legal means which was being anchored by Chief Wole Olanipekun (SAN), an alumnus of Ilésà Grammar School, the Alumni Association Executive would explore and deploy political and social pressure to reverse the "unpleasant decision" made about the school.

At the Residence of Mr. Tola Adeogba there was also Health Talk about breast cancer, high blood pressure, diabetes, oral health and several others.