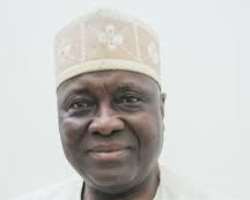 The Chairman of the Police Service Commission, Alhaji Musiliu Smith, a retired Inspector General of Police says there is urgent need for a private sector driven additional funding source for security in Nigeria.

Alhaji Smith spoke in Abuja today, Wednesday, October 24th, 2018, when he received in audience a 7-man delegation from the Ad-Hoc Defence and Security Think-Tank Team led by Major General A. M Jibril, rtd.

He warned that if the nation’s security is left for government alone to fund as is obtainable now, “there will always be serious problem” adding that there must be independent private sector support to address the myriad of security challenges facing our nation and which can be mitigated with improved funding.

The Think-Thank Team set up by President Muhammadu Buhari to ex-ray the nation’s security challenges and proffer solutions, came to solicit for the Chairman’s advice on how it can make a success of the assignment of providing a workable frame- work to ensure stability and improved national security.

Alhaji Smith raised issue with the composition of the Team, and advised that it should have Members from Nigerian Immigration Services, Nigerian Customs Services, Nigerian Prisons Services, the Nigerian Security and Civil Defence Corps and the Federal Road Safety Commission in view of their vital varying contributions to the security of the nation.

He urged the Team to go round the country and ensure that they get the current state of the security Agencies; their state of readiness in terms of capacity, mobility and conditions of service. He observed that the Service conditions of the officers and, including their offices and residential accommodation should be made more attractive to promote motivation and efficiency.

Alhaji Smith said the new management of the Commission is determined to assist transform the Nigeria Police Force to meet the expectations of Nigerians speedily that with assurance of Federal Government support, attainment of this will be possible.

He however emphasised that government annual budget only will never be enough to give the nation the Police of their dream and stressed the importance of the private sector driven funding support.

The PSC Chairman said the Commission is gradually sanitizing the Nigeria Police Force which will eventually give it a new and improved image. He called on the Committee to look into the issues of widespread barracks accommodation for the Police and other security Agencies for discipline and prompt mobilization for emergencies and modern training facilities including indoor range for firing exercises.

Earlier in his speech, the Chairman of the Team, Major General Jibril, rtd, spoke of the myriad of security problems facing the nation which no doubt continue to constitute threats to national security. He noted that the best way to address this challenge was to evaluate the state of the agencies, adding that the President at inauguration directed the Team to assess the degree of failure of security agencies; how the Armed Forces could interface with each other and the challenges of the Nigeria Police Force as the lead internal security agency.

Justice Clara Bata Ogunbiyi, retired Justice of the Supreme Court and AIG Bawa Lawal rtd, Commissioners of the PSC were also at the Meeting.