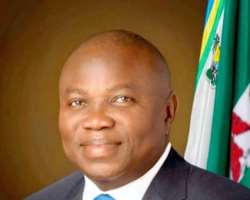 The Lagos Peoples Assembly on Sunday, said that any plot to illegally impeach the Lagos State Governor, Mr. Akinwunmi Ambode will be vehemently resisted.

The group stated this in a statement issued after its emergency meeting held on Sunday and signed by its spokesman, Comrade Olufemi Lawson.

The Group expressed concern over the role being played by Lagos State House of Assembly, led by Speaker, Mr. Mudashiru Obasa, on the matter, as it said the Assembly, is deviating from its statutory responsibility, of law making, and seriously making move to hijack Executive responsibilities, that are beyond the mandates of the lawmakers.

According to the group, "the Assembly is beginning to position itself, as a clog in the wheel of progress of our State, and have refused to appreciate the unprecedented statesman role, played by Governor Akinwunmi Ambode, when he conceded defeat, to the annointed candidate of the APC, Mr. Babajide Sanwo-Olu, despite the anomalies, that characterised the process, which stampeded the Governor out of the 2019 governorship race in the State."

“Besides that, there are conditions for impeachment should lawmakers be dissatisfied with the conduct of the Governor, and those conditions, do not fall within the scope of the comic attempts by the Obasa led group, in the Lagos State House of Assembly."

“But for the Assembly, to hijack the powers bestowed on Mr. Governor and start threatening Governor Ambode with impeachment, on frivolous grounds, beats our imagination."

“It is obvious from all their threats that there might be plans to do something unlawful, which we will resist vehemently.

“It beats our imagination that Lagos State, that should play the leading role when it comes to democratic practices and respect for the rule of law would be disgracing itself before the Nation and the international community with this kind of development, being embarked upon by the Mudashiru Obasa led House of Assembly.”

The statement pointed out that members of the group, were already keeping vigil to stop any of such moves, by the Lagos State House of Assembly. “We are keeping watch on their plans."

“They are currently making attempts at sabotaging the smooth running of government, in the remaining days of Governor Akinwunmi Ambode, and are desperately making attempt, at removing him through illegal means. But we wish to inform Lagosians and the entire world, that they will not succeed because we know that Lagosians will not allow them to make mockery of the our democracy." the statement read

The Lagos State House of Assembly, should be educated that the business of running the State, cannot be reduced to an internal machinations of a Political party and the issue issues of governance must be carried out according to the dictates of the Constitution and we will not allow them to violate it,” the group said.

The group finally called on Lagosians to rise to the occasion by speaking against any action that would subject the State to ridicule before Nigerians, and international community.